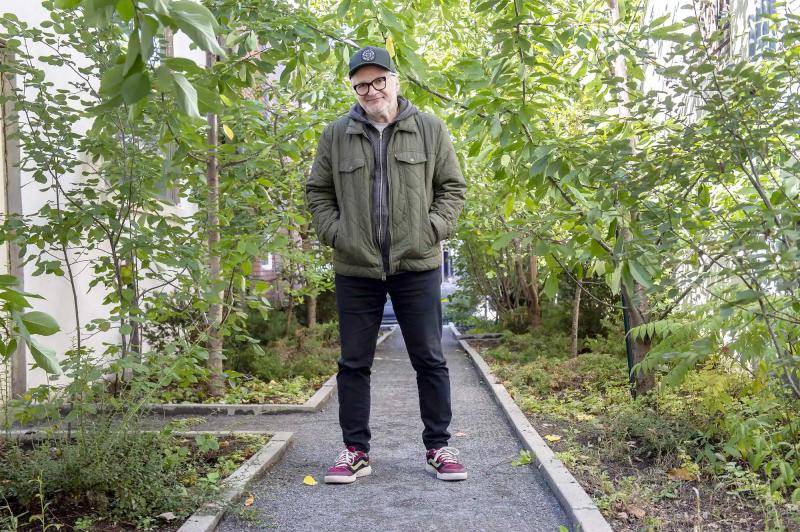 “I'm happy to still have music in me, to develop it and to have the taste to present it,” says Daniel Bélanger. Mercure en mai, his second opus created in the midst of a pandemic (with the instrumental album Travelling< /em>presented in October 2020) was born from this happiness of being able to continue to do what makes him happy; because he still has things to sing and there are still people to listen to him.

Daniel Bélanger will release his twelfth career album on October 14. An opus nicely baptized Mercure en mai whose first two extracts – I hear everything that plays (in your head) and Sleeping in the car – already seduce the faithful and many admirers of the 60-year-old singer-songwriter.

What did the artist want after months of pandemic darkness during which he admits to having first felt helpless like a hunted animal waiting for the danger to pass? Combining his acoustic guitar with synthesizer elements that would allow him to get those “little things” that he loves from 1980s electronic music.

“In fact, there is what you want to do and what you do, explains the one who deviated slightly from his initial plan by letting himself be carried away, as is always the case, by words and music. Finally, I just freed myself by saying to myself: do what you are in this moment, where you are. This is the album I had to make to be in sync with myself at this time in my life. Like all the others. To be able to assume it all my life. Because it stays.”

The play Joieis one of the songs that sparked the writing of Mercure en mai. It is one of those locomotive songs, as the singer calls them, to which others attach themselves, like wagons that follow each other to build a route.

“At the beginning, my work had lost its meaning, because it is a mode of communication and there was no longer anyone to communicate what I was doing, says the musician, referring to the beginnings of the pandemic. Then, when things slowly began to reopen in May and June, I began to breathe and see hope. I started writing again.”

It must be said that Daniel Bélanger has been going to write in cafes, early in the morning, for a long time, even at the time of Rêver mieux.

The poet (he also recently published his first collection of poetry, Poids heavy, at Les Herbes rouges) is particularly proud of the songs I hear everything that plays (in your head) and Soleil levant featured on this ten-song album… even the cover was designed by the singer!

“The cover is the first contact and the message that continues”, underlines the creator who used his own illustrations, shots taken while strolling in the streets of New York.

It is not out of false humility, but almost out of superstition that the singer-songwriter prefers to talk about something other than his success.&nbsp ;

“What I wanted to do was make a record,” he laughs, talking about his first album Les insomniacs s'amusent. I did it late – in my thirties – so I dreamed about it for a long time! I know it and I don't know why people are still interested in me. There are many people who work hard and well. I don't analyze my success so much. I'm happy, yes, but my efforts are focused on my music and my expressions.”

The question of always having something to say always arises, however. But since a lot of music has already “come out” of him, the singer would see it as gluttony to be worried about the future. Will he ever stop creating? He ignores it, so for the moment he continues to improvise.

“The song that I am about to compose will do me good, the one that is composed has done me good and if I quit tomorrow for all kinds of reasons, the music would have done me and will continue to do me good because it was composed and I'm happy to have created things.”