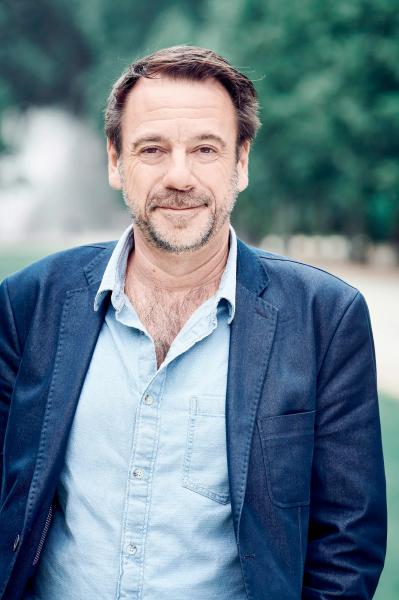 Playing with the codes of the novel of anticipation and suspense, the talented Michel Bussi invites his readers to follow him on an astonishing journey with his new novel, Nouvelle Babel. This amazing novel, where we travel around the globe and in time, shows a not so distant future where technology makes it possible to teleport. For the happiness of all, we can find ourselves on a heavenly beach, on the top of a mountain or in a dream place. But what if things go wrong and an assassin decides to seize this technology?

Michel Bussi sets the scene for New Babel< /em> in 2097, on a dream island, inaccessible, where peaceful retirees live. One day, they all get murdered.

Three police officers, an ambitious journalist and a nostalgic teacher engage in a race against time to preserve the balance of a world that no longer knows borders and where technology allows you to be everywhere in a second.< /p>

The investigators are petrified by the method of the killer, who progresses with his face uncovered. Their “tabletas” allow them facial recognition and they are about to discover a monster.

Michel Bussi dazzles in this unusual, very entertaining suspense, which he enjoyed writing while he was – like everyone else – in confinement. And for good reason: it makes its readers travel in the Pacific, in Japan, in Burma, in Kazakhstan, in New York, in London, in Sweden, in Russia…

The original idea goes back, he says, to adolescence: to reduce distances.

“I studied geography and then I was a geography teacher. If we abolish distances, it completely changes the world. There will be only one language, there will be no more borders. I had this idea of ​​building a political world without distance. I think it came a lot more than the police intrigue and the rest, ”he comments, in an interview.

“If there was teleportation, there would be no need for cities, so it would give a science fiction novel where we wouldn't be in an apocalyptic world or in a world of hyper technology like in Blade< /em> Runner. »

The author of Black Water Lilies and Rien ne t'efface is a fan of science fiction, both in books and in cinema .

“What I really like is the anticipation. I like science fiction, but I'm not a big fan of big sagas. Quite quickly I pick up, because it becomes too technical. On the other hand, I love anticipation fables, for the political message they can deliver. Obviously, we think of the Brave of worlds and 1984. There is a kind of elegance hidden behind a fantasy-based plot, sometimes fun, sometimes quirky. A real critique, a real reflection on the world in which we live. »

Trying to have this visionary side, that's what he was looking for in the science fiction novel, to describe what could really happen, in a certain way.

Projecting myself into 2097 for New Babel was a good exercise.

“I really made the choice not to have a technological universe radically different from the one we know . I would even tend to say that physical teleportation, as I invented it, is something concrete and easy to imagine: you press a button and you move. There is no avatar, no hologram. »

He preferred to emphasize the “utopia” side of this world without borders, of solving world problems thanks to a world government. “We are more in the political fable and in the thriller than in the reconstruction of a futuristic world. »

♦ Michel Bussi is a geographer by training and has long been a university professor in Rouen, France.

♦ In just a few years, he has become one of the most widely read authors in France.

♦ We owe him Nymphéas noirs, Mom is wrong, Time is a killer, To the dreaded sun and Nothing erases you .

♦ His novels have been adapted into comic books and TV series.

♦ They have also been translated in 37 countries.

“ Close-up on the wall of Cleo's bedroom, President Galileo Nimrod spoke in front of a forest of microphones. The cameras took turns filming the speaker and the crowd of journalists gathered around him. The President of the OMD set out the facts briefly, without revealing anything more than what the news flashes had been repeating on a loop for a few minutes. A massacre in a Pacific atoll whose name could not yet be revealed. Ten victims whose identity could not yet be revealed. »