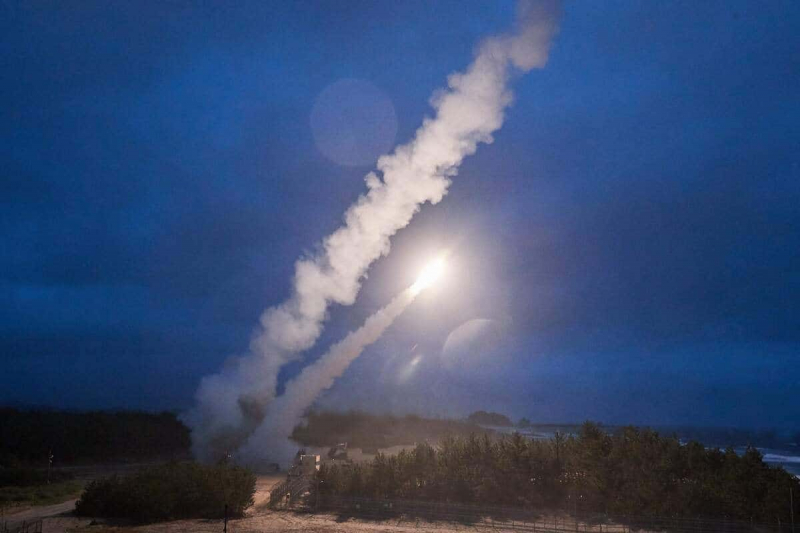 North Korea has fired an 'unidentified ballistic missile', the South Korean military announced on Wednesday, just days after its last test, and ahead of a visit to South Korea by the Vice -US President Kamala Harris.

“North Korea fired an unidentified ballistic missile in the East Sea,” Seoul's Joint Chiefs of Staff said in a statement, referring to the waters commonly known as the Sea of ​​Japan.

The Japanese Coast Guard also confirmed the possibility of a ballistic missile launch, citing information from the Tokyo Defense Ministry, and asked ships to be vigilant.

Pyongyang led an unprecedented series of weapons tests this year and the Seoul intelligence agency believes that the North is preparing to carry out another nuclear test.

The North has completed “a third tunnel at its nuclear site in Punggye-ri,” MK Yoo Sang-bum told reporters after a Secret Service briefing in Seoul.

Pyongyang will likely choose the period between between “the next congress of the Communist Party of China on October 16 and the midterm elections in the United States on November 7,” he said.

Pyongyang already fired a short-range ballistic missile on Sunday, which was interpreted as a response to the arrival of the US nuclear-powered aircraft carrier USS Ronald Reagan for joint exercises with the South Korean navy off the eastern coast. of the country.

Conservative South Korean President Yoon Suk-yeol, who took office in May, has promised to strengthen military cooperation with the United States, after the failure of his predecessor in its attempts at diplomatic rapprochement with the North.

Mr. Yoon is also due to receive American Vice-President Kamala Harris in Seoul on Thursday, who is to visit the demilitarized zone between the two Koreas.

Washington is Seoul's main ally in terms of security, with about 28,500 of its soldiers stationed in South Korea.

The two countries have long conducted joint exercises emphasizing their purely defensive nature, but North Korea sees them as rehearsals for a future invasion of its territory.

The repeated tests are “a harbinger of Pyongyang's aggressive stance next month, with missile strikes and a possible nuclear test,” Kim Jong-dae of the Yonsei Institute told AFP. Seoul-based North Korean studies.

“Today's launch clearly shows that the North is trying to take over the peninsula with a nuclear arsenal at its disposal,” it said. he added.

On Saturday, the South Korean presidency also warned that North Korea is preparing to test a submarine-launched ballistic missile (SLBM), a weapon it has previously tried in May.

Under international sanctions for its weapons programs, North Korea adopted a new doctrine in early September proclaiming that it will never give up nuclear weapons.

The North Korean regime has tested atomic bombs six times since 2006. The latest, and most powerful, test came in 2017, with a power of e estimated at 250 kilotons. Pyongyang mentioned a hydrogen bomb.