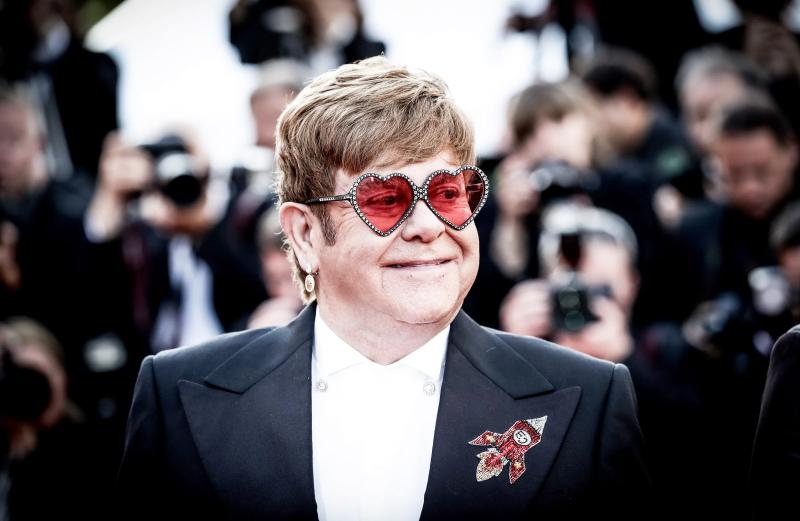 The megastar of pop had a life marked by great successes, but by multiple escapades and difficulties as well. Behind the image of the flamboyant and eccentric singer that he gives off, we discover, in his new biography, a sensitive and fragile man.

In 50 years of career, Elton John, who has released around thirty albums, including many gold records, has had an amazing career. Yet his childhood foreshadowed none of this.

Coming from the middle class, the young Briton, only son, did not know popularity at school, in particular because of his overweight. At home, things weren't much better. Between an absent father due to his job as a Royal Air Force pilot and an unpredictable mother, his parents' relationship was heartbreaking. Their divorce, when Elton was 15, was a tragic event for him. He will, however, find solace in music. If he says that his father was cold, it is nevertheless this big fan of Frank Sinatra who will transmit to him the taste for music. And it was his grandmother who taught him to play the piano.

It was answering an ad in the London music newspaper New Musical Express, in 1967, that he took matters into his own hands to become a singer. It was then that he met lyricist Bernie Taupin, who had written most of his songs for decades. He will have to wait three years, before having a first success with his song Your Song in 1970.

Through his influence and his charisma, Elton John has the art of attract older people. Bill and Hillary Clinton, Madonna, John Lennon, Lady Gaga, George Michael, Freddie Mercury and even Bill Gates are on his list of friends.

At Princess Diana's state funeral, he had the honor of singing on the piano a version of his song Candel in the Wind,appropriate for the occasion. The event, broadcast live on all television channels, shocked the whole world. He will donate all of his author and composer royalties to the Lady Diana Foundation.

Man today he 75-year-old, who has sold over 300 million albums, has had a terribly difficult time, however.

In her book, the author, Solène Haddad, recounts her descent into hell by evoking her addiction to drugs. If success has somewhat gone to his head, alcohol and cocaine have dominated and ruined part of his life. His 1976 public revelation of his bisexuality was also a difficult time for both the man and his career. In addition, the man with crazy glasses imposes his whims and excesses on those around him. Nor does he escape the lies about him spread in the British tabloid press.

It was after undergoing detox that he managed to free himself from the spiral of white powder.

On his way to new successes, in addition to his world tours, he had an initial six-year residency at Caesars Palace Colosseum, Las Vegas, from 2004 to 2009, attracting millions of people. As for her second residency, which began in the same place in 2011, it was a new success. It ended in 2018, just before he started his farewell tour, with 400 performances, which was to run until 2021. Unfortunately, due to the pandemic, he was forced to go there. end early.

Today, he seems to live in peace with her husband, Canadian filmmaker David Furnish and their two adopted sons.