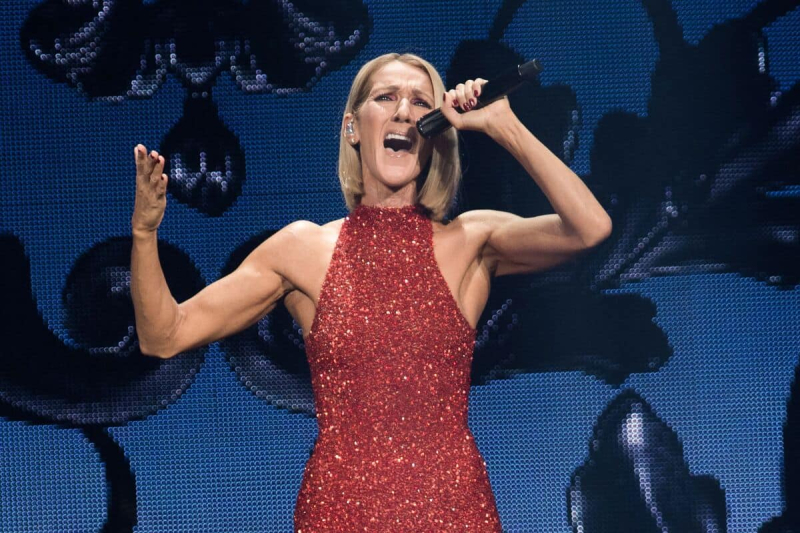 Once again, a new biography on Celine Dion has just been released. In this case, two French authors have joined forces to accomplish a phenomenal job of research and unpublished interviews to carry out their project. Those who thought they knew everything about the diva from Charlemagne will be surprised and pleasantly surprised to discover new facets of the life of the one we thought we knew by heart.

Even if he acts of his idol forever and that he never hesitated to drive from his residence in Los Angeles for hours crossing the desert to go see her in show, the fact remains that he made a laborious investigative work and interviews.

Several relatives of Céline have lifted the veil on the life of the international singer, including members of her family, her doctor, members of her professional team and Quebec journalists.

“We made a request for an interview with Céline for this book which she unfortunately declined”, specifies Hervé Tropéa who has been a journalist for twenty years and a correspondent in Los Angeles in addition to having collaborated with several Quebec media and who nevertheless interviewed Celine several times in the past.

The book which begins with the night when René Angelil died brings out great emotions. Celine is strong and courageous, but also sad, confused and vulnerable.

We understand that René led the career of his protege with firmness and this is what projected him to the pinnacle of glory. But behind the good and benevolent man, there is also the man who paid a biographer, Nathalie Jean, with part of the money from her pocket, so that the book would not be published. He did the same when he was accused of rape, decisions made without always consulting Celine. He spent astronomical sums at the Casino while Céline often disagreed.

Nevertheless, his protege always remained standing by his side. But it is this same firmness and his bluffing side that made him land record contracts so that Céline could make a career in the United States. He loves her and covers her with jewelry, including those that belonged to Maria Callas.

One thing is certain, we understand that there will have been for Céline, a before and an after the death of René which, in several respects, will have an impact on his life, his career and his way of seeing things. The one who will have been the center of Céline's universe, her agent, her lover, her confidant, her pillar, her balance, the father of her children and more, will have changed everything after her death.

< p>“She's the boss now,” notes the author, who adds that we see this when researching his businesses, including Les Productions Feeling, Le Mirage golf course, Schwartz restaurant and a real estate company, among others.

If René Angélil had orchestrated everything before his departure so that Céline could continue her career (one thinks of her agent Aldo Giampaolo), Céline preferred to wipe the slate clean to lead her boat as she pleased.

Céline wanted that René-Charles could take over, but he refused and she is bruised by this refusal. But it would have been quite an empire to manage for a not very armed young man. “With 240 million records sold, 240 Awards won, a fortune of more than 400 million dollars, the challenge would have been great,” suggests the author.

There was, however, another person who could have taken the reins. This man is Vito Luprano who has done a lot in Céline's career and who was interviewed for this book. We learn a lot from his words. However, René left him in the shadows, as if there was a hint of jealousy between them.

Today, Céline leads a secluded life. There was certainly the pandemic, but since her health deteriorated, she has been closed like a shell. We learn in particular that her sister Claudette, who is often the one who responds to the media on behalf of Céline, has not seen her younger sister for more than two years.

Hervé Tropéa also had the chance to speak with one of his doctors. ” I was the first surprised that he granted me an interview and that he entrusted us with so much information on the health of Céline “, indicates the author.

This man is the brilliant Dr. Jean Abitbol ENT and phoniatrist, vocal cord specialist recognized worldwide. Not only has he taken care of Celine for over 20 years, but he has also taken care of several celebrities, including Mick Jagger and Beyoncé. Céline suffers from globus syndrome.

“It's a feeling of a lump in the throat as well as a kind of spasm”, explains the specialist. “It is a false syndrome and its reaction is psychosomatic stress.”

Celine's muscle spasm issues date back as far as her debut on the reclining stage at Caesars Palace. Stress doesn't fix anything. Yet for years Celine has done everything she is told to do to protect her voice, such as being wary of air conditioning, controlling the humidity where she lives in the desert, avoiding alcohol and avoiding breathing very fragrant flowers. We all remember the days when she forced herself to observe silence.

To the question that burns the lips of all her fans as to whether Céline will be back on stage. Nothing is less certain.

In light of the comments collected, Hervé Tropéa has his idea of ​​what to do next. “I believe Céline will come back, but in a different way. His health will no longer allow him to tour extensively, but with his new film which should see the light of day soon, I believe that this is an unfulfilled dream and that the future will allow him to turn more towards the 7th art. concludes the author.

Celine Dion: The real story
The secrets of a fragile idol

According to her official website, Celine's Courage world tour launched in 2019, which has since been postponed multiple times, should resume in February 2023.