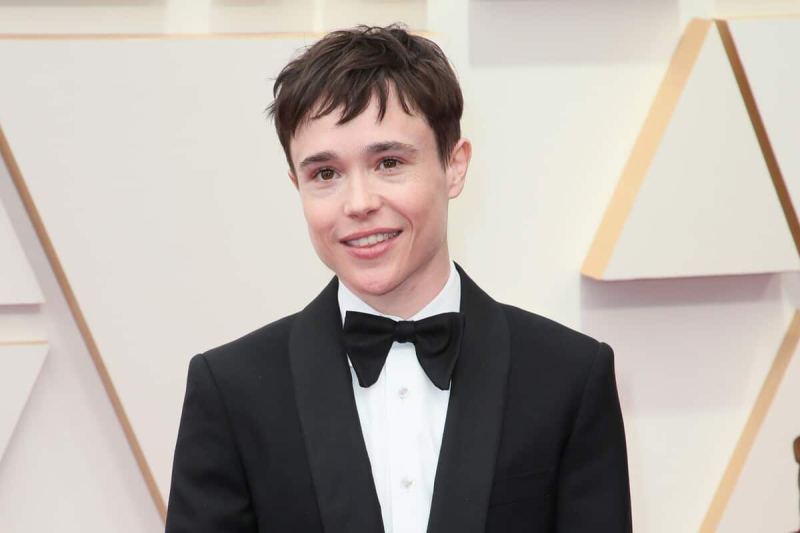 Canadian actor Elliot Page will share never-before-seen details of his life as well as his intimate questions about gender, love, mental health, relationships and Hollywood in his memoir dubbed < strong>Pageboy. The cover page of the autobiography which will be launched on June 6, 2023, presenting the actor in jeans and a white camisole, has just been unveiled on his Instagram account.

The idea of twriting a book has occurred many times over the past few years in Elliot Page's head; formerly Ellen Page and having come out publicly as transgender in December 2020. But it never seemed the right time, or even possible, he wrote on Instagram.

“I can finally be good with myself, in this body, continues the actor who has received numerous accolades, including an Oscar nomination and two BAFTA Award nominations. So I wrote a book about my story.”

The actor who can be seen in the Netflix series Umbrella Academy confides that it has long seemed unbearable to be in front of a camera, but that taking part in the cover of his book with the famous photographer Catherine Opie was a joyful experience that he will never forget.

“Trans people face increasing attacks, physical violence, the banning of health care, and our humanity is regularly 'debated' in the media. Writing, reading and sharing the myriad of our experiences is an important step in standing up to those who wish to silence and harm us,” he writes.

The 35-year-old actor, who sat down for the first time with host Oprah Winfrey to deliver his first interview following the announcement that he was transgender in April 2021, adds that the books have helped him, even saved during difficult times in life.

He hopes his book can help even one person feel less alone and “feel seen, no matter who they are or who they are. what a path he is following.”

The book's publisher, Flatiron Books, has also publicly shared its pride in publishing this hopeful book written by a “generation-defining and one of the most great defenders of trans people of our time” has become an extraordinary literary talent.