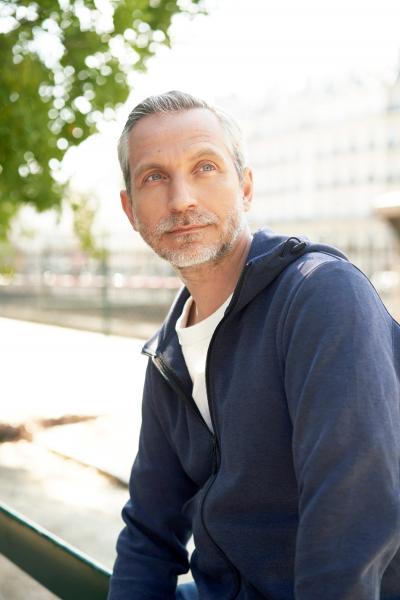 Knowing success after success with his addictive detective novels, ex-captain of the French judicial police turned best-selling author Olivier Norek brings Captain Coste back to the fore in his new book, In the mists of Capelin. This story shrouded in mystery takes place in large part in the archipelago of Saint-Pierre-et-Miquelon, a tiny French territory south of the island of Newfoundland.

In < em>Code 93, Territories and Surges, Captain Coste and his team invite readers to the most criminal department in France, on the ground, in the daily newspaper of the group Crim'. In the finale of Surges, Coste decides to give up his card and leave the judicial police behind.

Six years later, we find him in Saint-Pierre. On this island battered by wind, snow and mist, Coste lives in a house surrounded by 16 surveillance cameras and all the windows are armored glass.

How is it that Coste is placed under secret defense? Why does he receive the visit of a woman considered a key witness in a case of multiple disappearances?

When a dangerous criminal lands on the island, when thick mists cover the territory , Coste also becomes a prey… but also a formidable cop who is not afraid of monsters, whatever they are.

Olivier Norek, a man in the field, spent three months in Saint-Pierre to document himself and build this breathless, exotic new novel, with surgical precision.

“It was wonderful. I loved! I went there for three months. I need to settle down on the spot, to understand people, things, especially when it's places or police services that people don't know,” he explains.

< p>“Nobody knows that we have a French territory with whales, seals, northern lights and mists of capelin, of course!”, he adds.

“Towards the end of June, beginning of July, the capelin mists arrive, and the great thing is that they last three weeks and they are the exact size of the island, as if they were created only for this island, only to hide it, as if there was something to hide inside. And me, I told myself that I was going to find what there was to hide.”

Olivier Norek had put Coste aside and was not sure whether to bring him back. But he had not closed the door.

“I had promised myself not to seek an investigation for him, but if, one day, I was faced with a case that only he could handle, maybe I would bring him back”, explains- he said.

He had set his conditions: he wanted everything to change.

“He is no longer in Seine – Saint-Denis, the most criminal department in France, but finds himself in Saint-Pierre where there have been four murders in 40 years. He is no longer in the judicial police, but in the protection service for repentants and witnesses. And he no longer has the same mission, no longer the same title and does not work in the same place. It was like taking the same character, like I was doing a reboot.”

So he found himself face to face with this character that he has -even created and which allowed him to change his life, that is to say to go from cop to writer.

“It was quite intimidating and I worked a lot on his first sentence, which is: Never underestimate the disinterest I have in you”.

“Everything about Sean Grady was pretentious. The way he looked at others, or the tone he adopted when speaking to them, as if they were his valets. The same went for his sumptuous speedboat, which he would have without hesitation scrapped to take the superior model if ever someone on the island had bought the same one. The same for his supercharged jet ski capable of crossing the twenty-five kilometers that separated Saint-Pierre from Canada even in heavy weather, as well as for his Kawasaki Ninja motorcycle whose very aggressive lime green ensured that he could do anything, even bad taste.”