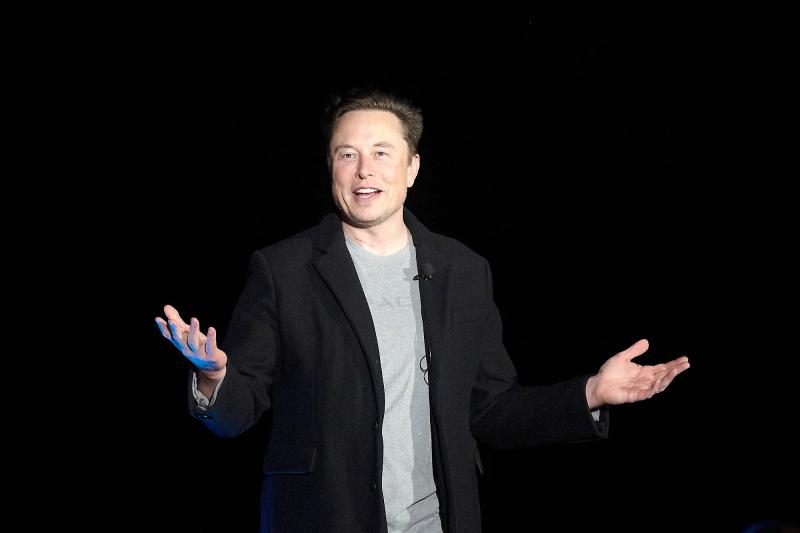 Become the richest man in the world, Elon Musk who aspires to nothing less than to colonize the planet Mars is perceived as the most visionary entrepreneur of our century. In his new biography written by journalist Denis Granjou, we discover how this ambitious and ruthless workaholic inhabited by delusions of grandeur came to gain power allowing him to revolutionize the future.

Elon Musk built his empire on his own. SpaceX, Tesla, PayPal, it's his work alone, a man who can't stand sharing power.

However, the billionaire began his adult life modestly. In order to pay for his studies, he had to accept odd jobs because his father, a South African engineer and real estate developer, who had become rich thanks to an emerald mine, had cut off his funding. Nonetheless, the South African-Canadian-American entrepreneur and business leader has managed to rise to the top financially. His personal fortune is estimated at over $273 billion.

“I have long been intrigued by the journey of Elon Musk. He is a man capable of being absolutely brilliant, then a fraction of a second later becoming an insolent kid again,” confides the author.

In order to refine his research, Denis Granjou scrutinized the billionaire's social networks. “Musk flaunts his whole life on Twitter and Instagram, notes the biographer. They are real sources of information. Besides, not a day goes by without his name being mentioned somewhere. »

As a child, he was already noticed. At three years old, his mother realizes that Elon is gifted. Interested in everything, he reads two books a day in practically every niche. At the age of 12, he sells his first video game program, but he spends almost all his time alone in his bubble, often in the garage making rockets and explosives, so much so that his parents believe that their son suffers from psychological problems. It was only later that we learned that he had Asperger's syndrome, a form of autism.

At 17, despite his father's disagreement, he left school. from South Africa to study in Ontario, being able to obtain his Canadian citizenship thanks to his mother originally from Regina, Saskatchewan. He will continue his studies in the United States in physics and economics.

Thanks to his great determination, he will quickly find his place in the business world.

Believing that NASA lacks ambition, Musk will found SpaceX to compete with them.

He will also succeed in revolutionizing the automotive world with his company Telsa, creating several prototypes of electric cars.

Visionary and creative, this does not prevent him from surrounding himself with the best in their respective fields. , while keeping control.

“His great strength is his ability not to doubt, underlines Denis Granjou. When he knows his idea is good, he goes all the way. We can still wonder about his strategy around the takeover of Twitter which, in my opinion, is more a whim than a real economic vision.”

In this rich biography, we learn that the businessman has nevertheless experienced years of hardship. “For him a crashing rocket is equivalent to millions of dollars going up in smoke. It is a risk that Elon Musk takes without asking himself any questions, because he knows that it will work one day”, specifies the author.

Musk is criticized for often taking a position without thinking about the consequences . “During his various speeches, he manages to destabilize the world stock exchanges in a few seconds, recalls the biographer. Some observers believe that all of this is calculated upstream by this business genius. They may be right, but I remain convinced that there is a great deal of improvisation in him.”

His romantic relationships are also turbulent. Elon Musk had ten children with four different women. Among his important relationships is that with Canadian novelist Justine Wilson, to whom he was married for eight years.

“Elon Musk is no doubt happy to comfort himself in the idea that nothing is impossible,” says the author.

As proof, he is confident of landing astronauts on Mars in 2026 and then colonizing the red planet with a million people. He is also convinced of succeeding in creating a supersonic electric plane that can take off and land vertically like a commercial plane.

“I am convinced that Elon Musk has kept a large part of his childhood in him. Money allows him to do nothing materially, but I think that for him the important thing is elsewhere, says Denis Granjou. He dreams of changing the world by imagining interstellar travel or building smart cars.”

One thing is certain, the larger-than-life character has not finished surprising. “When he says he would be ready to end his life on Mars, I think we can believe him,” concludes the author.