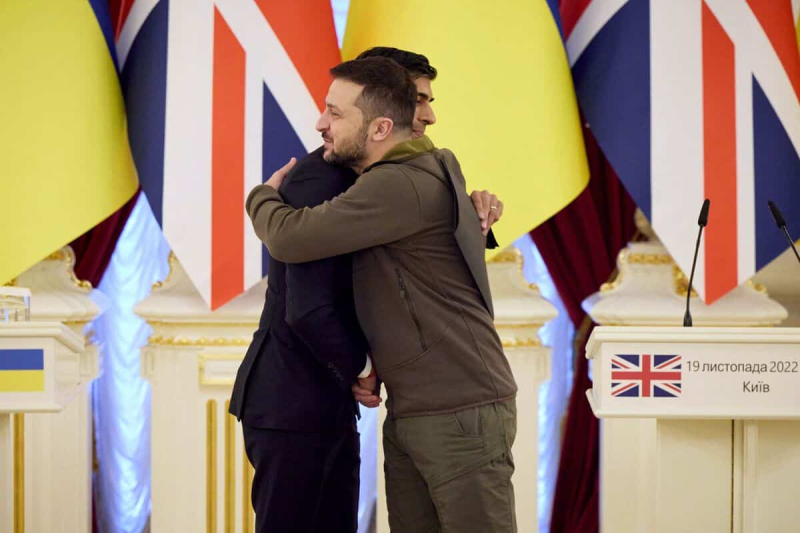 “Since the first days of the war, Ukraine and the UK have been the strongest allies,” Mr. Zelensky wrote on Telegram, posting a video of his meeting with Mr. Sunak in Kyiv.

“I am here today to say that the UK will continue to support you,” Mr Sunak told President Zelensky in a video released by the Ukrainian Presidency. “We will stand with you until Ukraine has won the peace and security it needs and deserves.”

“It is a great lesson in humility to be with you in your country today,” he also said. “The courage of the Ukrainian people is an inspiration to the world”.

“We will tell our grandchildren your story, how a proud and sovereign people stood in the face of a terrible attack, how you fought, how you sacrificed, how you won,” Mr Sunak observed. .

In London, Downing Street pointed out that Mr Sunak had visited Kyiv to “confirm support from the UK to Ukraine.

“The Prime Minister is in Ukraine today on his first visit to Kyiv to meet President (Volodymyr) Zelensky and confirm the UK's continued support said Downin g Street.

Britain “knows what it means to fight for freedom,” Rishi Sunak also tweeted. “We are with you all the way”.