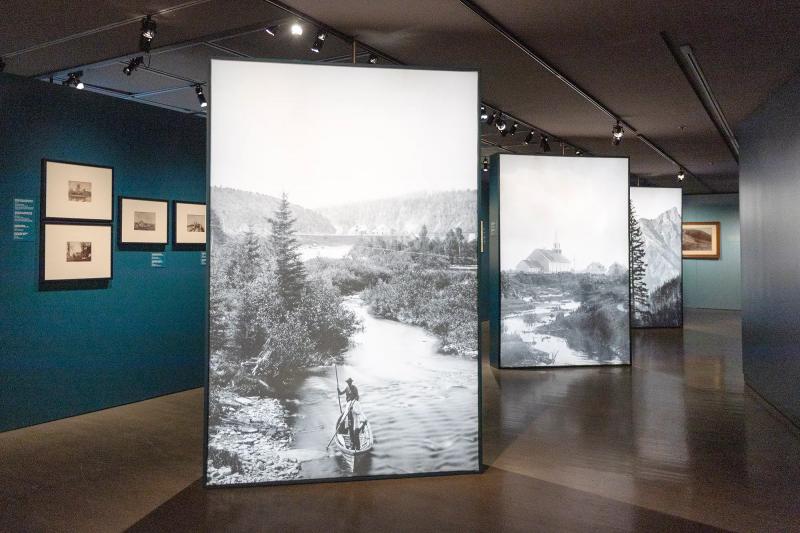 Photographers and landscape lovers, nature lovers, history buffs, 19th century Quebececentury and the road traveled… the exhibition of photographs by Alexander Henderson presented at the McCord Museum — the first major exhibition dedicated to the Scottish photographer who arrived in Montreal in 1855 — is for you.

There's something fascinating about rediscovering beloved places by stepping back in time. Something moving and soothing, too, to admire old photographs of landscapes that are no longer, having been remodeled over time.

Presented from June 10, 2022 to April 16, 2023 at the McCord Museum, the exhibition Art and Natureallows visitors to share, for a moment, the vision of the world of Alexander Henderson, an artist born in 1831 in Scotland and considered one of the most important landscape photographers in Canada, the country to which he immigrated.

To the 250 reproductions and original photographs of the photographer in love with the Earth — the term romanticism is often used to describe his photos offering the often particularly sensitive vision of an immigrant finding himself in Quebec — are added archival documents allowing to discover the key moments in the life of the photographer and to dive into them.

Tribute to the territory

There is, in the photographic observations of the artist, a vibrant tribute to the territory of our ancestors and to our wide open spaces. Here, a river on which two men glide aboard a bark canoe. There, a church or the toboggan descent of an immaculate Mount Royal. Lakes, rivers, trees with branches often bent under the weight of the snow and inhabitants who are happy to enjoy this territory.

In the countryside as in the city, Quebec in the Outaouais, and from the North Shore to the Rockies of Western Canada (place where he had the mandate to photograph the major national projects of the railway companies). A Canada of natural landscapes that often reminded the photographer of his native Scotland.

There is in Henderson's photographs — whose most prolific period was from 1859 to 1865 — a return to essential, to the desire to celebrate and to try to understand the other and to the respect for nature which does good and which calms after these months — transformed into years — that we have spent confined.