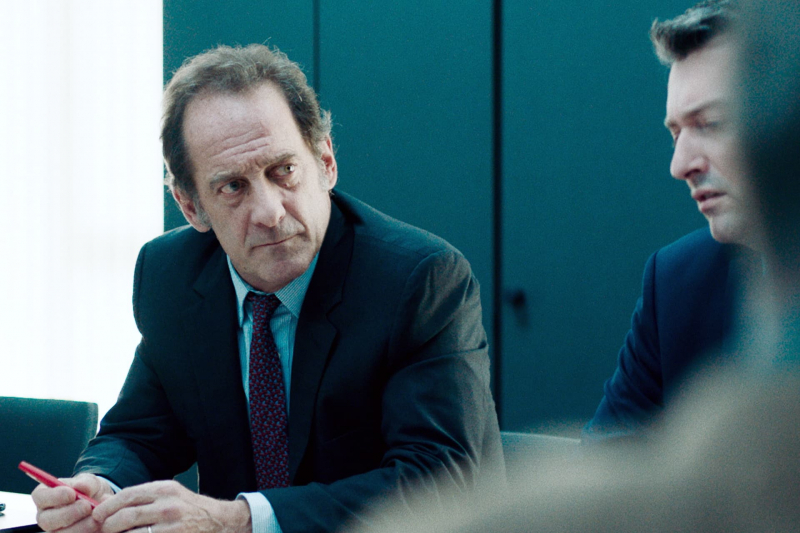 After The law of the market and At war , the French director Stéphane Brizé continues his exploration of the excesses of the world of work with Another world, his new film in which he recounts the torments of a breathless business executive. Le Journal spoke with the filmmaker and his favorite actor, Vincent Lindon.

In The law of the market (2015), Vincent Lindon slipped into the shoes of an unemployed man struggling to find a job. In At War (2018), he defended the role of a union leader fighting against the closure of a factory.

In Another World, his fifth collaboration with the filmmaker Stéphane Brizé, the 63-year-old actor goes over to the employers' side to play this time a senior executive in divorce proceedings who finds it difficult to support the drastic staff reduction plan ordered by his superior.

“The [working] conditions for people are increasingly difficult to live with and have enough to make them sick, observes Vincent Lindon, in a videoconference interview given earlier this year.

“In The law of the market, Stéphane (Brizé) had shown the difficulties of the working class. In Another World, he demonstrates that what happens on the other side [the executives] can also be absolutely terrible. On both sides, we see terrible suffering…

“What is fascinating in this film is that Stéphane Brizé does not take people by the hand. He does not tell the viewers to think this or that. It shows a reality by letting us reflect and think about all this. The drama and complexity of the world is that not everything is black or white and not everything is good or bad. It would be too easy to know what is good or bad…”

Stéphane Brizé assures us that even if they denounce the excesses of savage capitalism, his films La loi du marché >, At Warand Another World were not thought of as a trilogy. It was by dint of meeting several company executives for the writing of En guerre that the filmmaker realized that there was also a lot of suffering on the side of the employer party.

“Discussing with several executives, I began to hear that the injunctions they had to carry on a daily basis were not so easy to bear and manage”, summarizes the director.< /p>

Some of these executives whom Brizé met for the preparation of Another World also play on-screen roles in the film . Although the process of casting non-professional actors can be long and arduous, the filmmaker appreciates the realism they bring to his film.

“What is long is the search for all these people, he says. To find one who will perform in front of the camera, you have to meet a lot of them and it often requires months and months of research. It's also sometimes trying during filming because I ask them the same things that I ask professional actors. But in the end, I myself am the first surprised to see the magic of this hyperrealism that they bring to the film and which is notably nourished by their own experience of the world that we are trying to transpose to the screen.