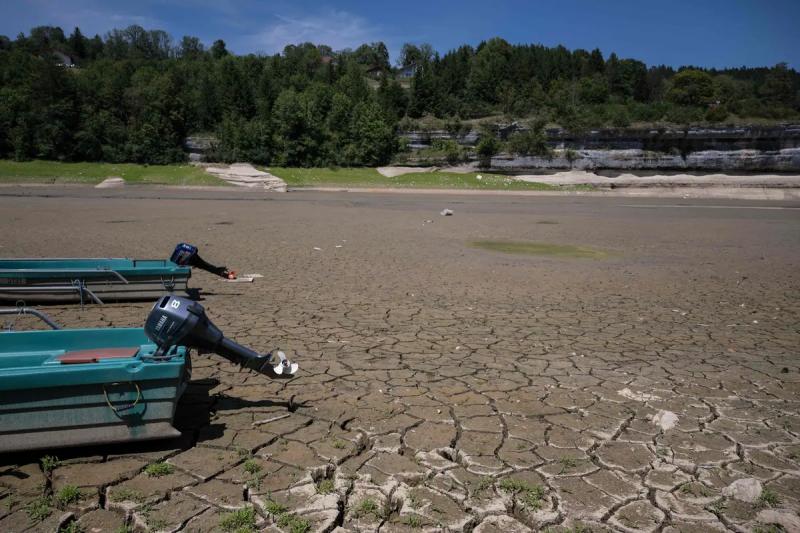 Hit by a third wave of summer heat which rises and intensifies in the south of the country, France is now entirely victim of drought, after the passage of Paris and its small crown under “vigilance”, consequence of the driest month of July ever recorded.

The Ile-de-France prefecture has placed Paris and the surrounding departments on “drought” vigilance.< /p>

Four departments of South-East (Ardèche, Drôme, Gard and Vaucluse) and the Pyrénées-Orientales remain on orange alert.

Fifty other departments, south of a line running from west to east, from Charente-Maritime to Alsace, are on yellow alert.

This new heat wave is shaping up more brief and less intense, specifies Météo-France, than that of mid-July, but its repetition makes the consequences of global warming even more perceptible.

And this rapid return of high heat has hit a major part of the country already affected by an exceptional drought and with immediate consequences, particularly on agriculture, river transport and water recreation.

Only 9, 7 millimeters of aggregate precipitation was recorded in mainland France last month, a deficit of around 84% compared to normal, almost as little as the 7.8 mm of March 1961, the record minimum since the first national surveys in August 1958.

“This strong deficit of precipitation, which follows a very dry spring and combined with high temperatures, contributes to aggravate the drying of the soil”, warns Meteo-France.

If now the the whole of France is under “drought” vigilance with water restrictions at different levels, 57 prefectures have designated territories in a state of crisis, synonymous with stopping non-priority withdrawals “including withdrawals for agricultural purposes”.

If summers are dry in the South, with global warming, the intensity of these episodes of drought is likely to increase further, according to UN experts.

The Western Europe faced a historic drought in July and two heat waves in barely a month, in during which devastating forest fires broke out in France, Spain or Greece.