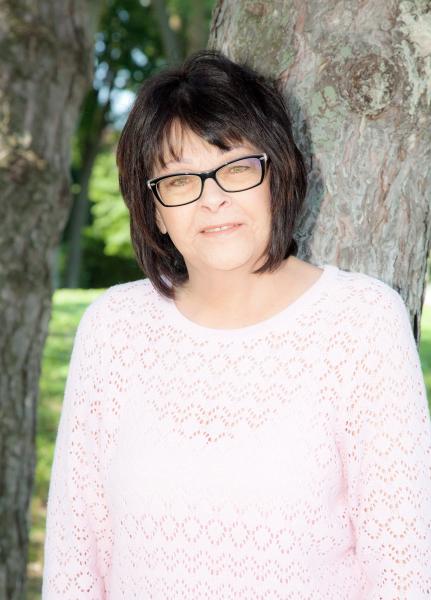 A popular novelist, Lucy-France Dutremble was inspired by the history of the beautiful town of Saint-Ours-sur-Richelieu to create her new historical series, < em>The Lockkeeper's Wife. By exploring the surroundings, rummaging through the archives and interviewing elderly people who were willing to share memories, she gradually imagined the moving story of Marguerite, a woman who dreams of a better life even if the hardships are many for her.

The story begins in 1934 when Marguerite Allaire married Alain Labrecque, a day laborer at the Saint-Ours locks. She expected to live a fairy tale, but became disillusioned on her wedding night. Installed in their house in Saint-Roch-sur-Richelieu, near the locks, Marguerite tries to understand how her husband has turned into an angry and disrespectful man.

When her daughter comes into the world, Marguerite does everything she can to improve their lot. She cooks desserts for the local general store and keeps her worries to herself. The store's delivery man, Joffre, only has eyes for her and soon the opportunity will arise to offer her his heart. The years pass and Marguerite spins out the perfect happiness… until her past catches up with her.

Lucy-France Dutremble, resident of Sorel-Tracy, is passionate about the picturesque villages of Montérégie and the history of the Richelieu Valley. This novel was born out of his curiosity… and his taste for telling touching stories, filled with humanity.

“Saint-Ours is a magnificent little town, rich in heritage, and it is not far from my home, she explains, in a telephone interview. When I was younger, I often took the Larivière ferry to cross to Saint-Roch to see one of my great friends. I spent most of my summer there. His parents had a big house on Chemin Saint-Roch and on the banks of the Richelieu, it was their cottage. I spent weeks there in the summer. It’s so beautiful!”

“These are not real facts. I start by choosing my village, I do my research and then the characters arrive one after the other. I see them, in my head, and I continue the story.”

The story is fictitious, the characters come from the imagination of the novelist, but the historical background is there. Family life, the status of women at the time, broken promises, unsaid things, drunkenness, social shackles and people's benevolence are all embedded in the story.

Lucy-France, passionate about documentary research, also took the time to chat with octogenarians who shared their memories. “I met two ladies who were formerly teachers and who studied at the École Normale de Saint-Hyacinthe. I took my novel to them when it was published: they were super happy!”

“At the end of the afternoon in the month of Mary in 1932, as the sun warmed the landscape of the village of Saint-Ours , Wilbrod gulped down his meal so quickly that his wife Gracia sat across from him to urge him to slow down.

– Holy Madonna, my man, slack a little pedal, you'll choke. In case you didn't know, you can cut the dumplings in half instead of swallowing them whole. It looks like you're afraid of running out.”