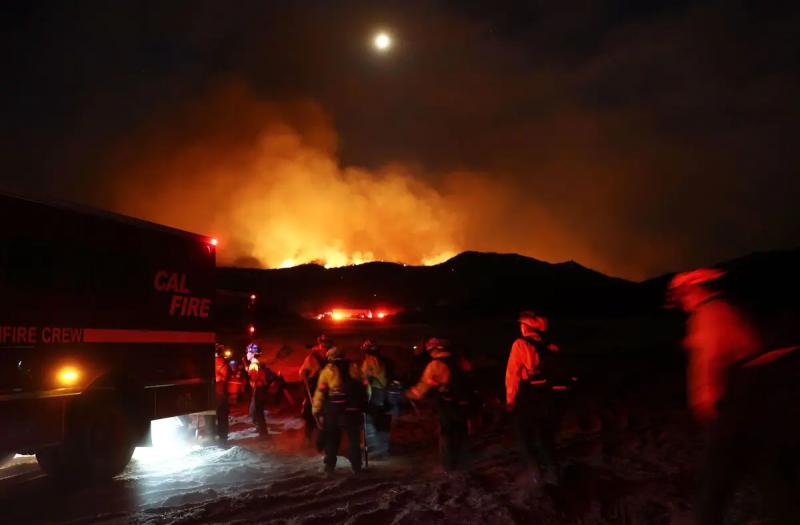 At least two people died Tuesday in California and thousands more were evacuated due to a new large fire in the Los Angeles area, currently subject to a brutal heat wave .

Another person was burned and had to be hospitalized , according to the provisional report communicated by the firefighters, who ordered the inhabitants of more than 3,000 homes to evacuate their homes.

Several buildings were also destroyed by the fire, which started Monday near the town of Hemet southeast of Los Angeles, and which has already ravaged more than 1,000 hectares in less than 24 hours. Schools in the area were closed.

The fire “spread very quickly even before the firefighters arrived on the scene,” explained a spokesperson for the fire department on Twitter.

California is facing, like certain regions of Nevada and Arizona, another day of extreme temperatures. A heat dome has settled over the region, pushing the mercury to climb up to 43°C in some places, and the phenomenon is expected to continue until Thursday.

Coupled with the devastating drought that has been hitting the American West for two decades, this brutal heat creates the ideal conditions for fire outbreaks.

This heat wave is also causing disruptions on the network California Electric. Its regulator, California ISO, has issued several alerts to ask households to limit their consumption from 4:00 p.m. to 9:00 p.m. in order to avoid saturation.

Californians are therefore asked to avoid charging their electric vehicles during this time slot, not to set the air conditioning below 25.5°C and to refrain from using their main energy-consuming equipment.

On Tuesday, California ISO boss Elliot Mainzer called on the public to redouble their efforts, as the heat intensifies and increases the pressure on the network.

“We are going through a wave extreme heat and consumer efforts to reduce their energy consumption after 4:00 p.m. are absolutely essential,” he insisted.

“We've seen a positive impact on lower demand in recent days, but now we need a two to three times reduction in consumption as this heat wave continues to intensify,” he said. he added.

In the middle of the day, all the solar panels together provide a third of the electricity in California. But when the sun goes down, the supply of photovoltaic energy is abruptly interrupted, leaving the other sources of electricity to take over – which is a problem in the early evening, when the heat of the day is not falling again, pushing demand through air conditioning.