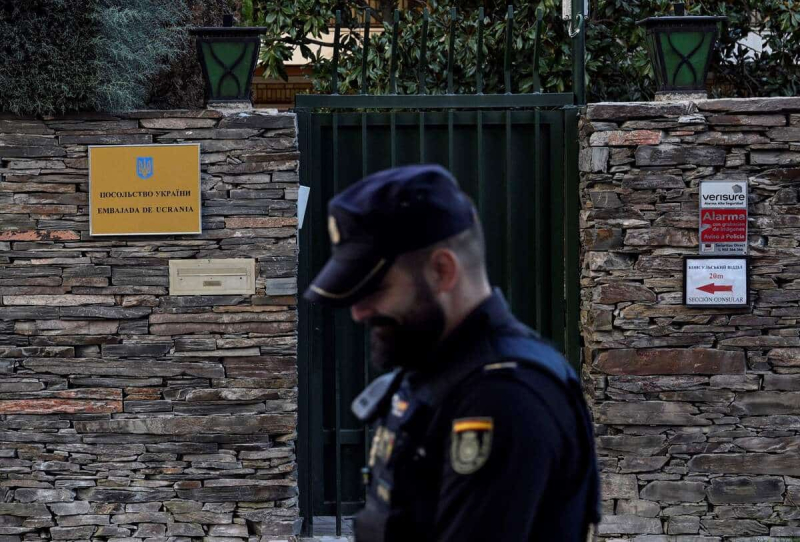 Three letters containing “animal eyes”, addressed to Ukrainian diplomatic representations in Spain, were intercepted on Monday, we learned from a police source, a few days after the explosion of a letter bomb in the Ukrainian embassy in this country.

“The security services of the postal services detected and intercepted three suspicious letters this morning, addressed to the Ukrainian embassy in Madrid and to the country's consulates in Barcelona and Malaga”, indicated this source, who specified that these envelopes did not contain “explosive substances”, but “animal eyes”.

“In their characteristics, these shipments are similar to those received last Friday by the Ukrainian Embassy in Madrid, as well as by other consulates and embassies of the country in other European cities”, continued this source.

On Friday, the spokesperson for Ukrainian diplomacy announced that several Ukrainian diplomatic representations in Europe had received “bloody” envelopes containing animal eyes. Kyiv then denounced a “planned campaign of terror” by Moscow.

On Wednesday, a letter bomb exploded and slightly injured an employee of the Ukrainian embassy in Madrid.

Following the explosion of this letter, the Spanish authorities announced the interception of other similar letters addressed in particular to the Spanish Prime Minister and his Minister of Defence, as well as to the United States Embassy and to a arms company manufacturing grenade launchers donated by Madrid to Kyiv at the start of the Russian invasion.

According to the first elements of the investigation, these bombed letters were sent from Spain , Spanish Secretary of State for Security Rafael Pérez said on Thursday. Spanish justice has opened an investigation for alleged acts of “terrorism”.

Last year, Spain was shaken by the sending of threatening letters containing assault rifle bullets to several political leaders, including the Minister of the Interior.