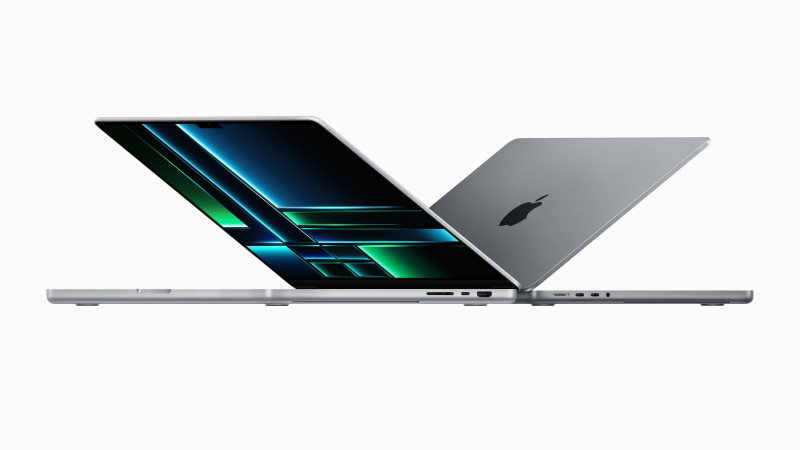 The event is not major in itself, but the giant announces an upgrade of its popular Mac mini desktop computer and two MacBook Pros, all three equipped with M2 system chips

Let's start with the Mac mini, which is Apple's next computer to upgrade to the M2 chip – and this time it comes with the Pro version of Apple's processor, too. The new model was announced this morning in a press release, with a starting price of CA$799, and can be ordered today, with availability starting Tuesday, January 24.

The port configuration on the back of the base Mac mini M2, with two Thunderbolt 4 ports

The back of the Mac mini with 4 Thunderbolt 4 ports

The base configuration of the Mac mini includes the M2 chip, 8 GB of RAM and 256 GB of storage. It has an HDMI port, a gigabit Ethernet connection and a standard headphone jack, as well as two USB-A ports and two Thunderbolt 4 (USB-C) ports on the back of the device. – an upgrade over the previous generation Thunderbolt 3 ports.

In M2 Pro trim, the new Mac mini has 16 GB of RAM, 512 GB of SSD storage, and two additional Thunderbolt 4 ports alongside the ports already available on the standard M2 model. With this configuration, the price is practically doubled to 1699$CA.

The 14-inch and 16-inch versions of the company's high-end laptops now come with a choice of M2 Pro and M2 Max chips. These new MacBook Pros are the first systems to receive the M2 Max chip. The 13 inch, meanwhile, stays true to the good old M2 chip. The company claims the high-end system is “up to 6 times faster” than the last generation of Intel systems (a comparison that is starting to date).

MagSafe connection and two Thunderbolt 4 ports on the left side

Right side, an HDMI output, a Thunderbolt 4 port and an SD card reader

Battery life is now rated at 22 hours, which the company calls “the longest ever in a Mac.” The display is Liquid Retina XDR type, and the new HDMI port can now support an 8K display up to 60 Hz, or a 4K display up to 240 Hz. There are three Thunderbolt 4 ports, as well as a MagSafe 3 power jack, headphone jack, and SD card slot.

Let's talk dollars. The new 14-inch M2 Pro model starts at CA$2,599. The 16 inch MacBook Pro with M2 Pro climbs to CA$3,199. The wearables can be ordered starting today, January 17, from the Apple Store. They will begin shipping to customers and will be available at Apple Stores and Apple Authorized Resellers from Tuesday, January 24.