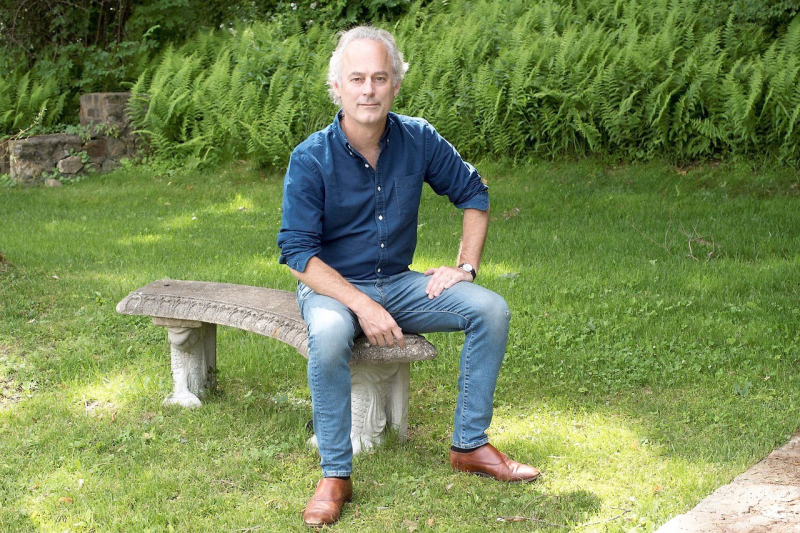 So far, all of the novels by American writer Amor Towles have been favorites for us. And this little one, which will be in bookstores at the beginning of November, is no exception to the rule.

Those who have read the first two novels translated into French by the American Amor Towles will surely agree with us on one point: there are not many writers like him who manage to transport readers to completely different worlds each time.

With The Rules of the Game, it was New York in the 1930s. With A Gentleman in Moscow, it was Bolshevik Russia and the wacky journey of an aristocrat condemned to live in the attic of a luxurious Moscow hotel. And now, with Lincoln Highway, it is in the heart of the 1950s on a modest farm in Nebraska that we will first be catapulted.

“Generally, I start imagining my novels from a very simple idea, explains Amor Towles, who we spoke to in September when he was in Paris. This time I had in mind the image of a boy taken home by a prison warden. Neither of them will suspect it, but two of the said boy's friends will also be on the trip, hidden in the trunk of the car.”

“I then gradually developed the whole story, continues Amor Towles. In particular by deciding that it was going to take place in 1954, a sort of pivotal year because great cultural changes were simmering under the surface and were soon to hatch: the civil rights movement, the sexual revolution, television in every home, the rock & roll… Moreover, Lincoln Highway could not have been told in 1968, because all the characters would have been sent to Vietnam!”

In June 1954, the young Emmett Watson will therefore be brought back to the fold by the director of the penitentiary center for minors where he has just spent 15 months. Good. Admittedly, bercail is a very big word. His father having just died, the farm in Nebraska where he always lived with his little brother Billy has just been seized by the bank.

Barely arrived, Emmett will have to pack his bags and go live elsewhere with his brother. Ok, but where? In Billy's eyes, the question does not arise. Having discovered the postcards that their mother had sent in 1946 after deserting the family nest, he simply suggests following the same route she once took to get to California. Which means driving down the Lincoln Highway to San Francisco in Emmett's powder blue Studebaker Land Cruiser, one of the few things the bank couldn't take.

“Before writing Lincoln Highway, I had never heard of this highway, underlines Amor Towles. However, it has long been very famous and much appreciated, because it allowed you to travel the United States from coast to coast. In 1913, only 150 people managed to cross the country by car. At the time, the road infrastructure was not very developed and for hundreds of miles there was no gas station, restaurant or hotel. But from the 1920s, with the construction of the Lincoln Highway, more than 20,000 Americans would cross the country each year. The Lincoln Highway completely changed the culture and the way people travel. But over time, it was abandoned in favor of bigger highways that did not pass through small towns.

If Billy's plan is good, it will be quickly turned upside down by the arrival of Duchess and Woolly, friends of Emmett who escaped from the penitentiary center to travel incognito in the trunk of the director's car. Because they too have a plan: to go to New York State in order to get their hands on Woolly's inheritance, which would amount to around $150,000. Except that by consulting a road map, it will not take long to notice that this State is squarely at the antipodes of California…

Even if they are not fundamentally bad, Duchess and Woolly will solve this slight logistical problem by “borrowing” Emmett's Studebaker. And not appreciating the maneuver at all, the Watson brothers will immediately set off after them… by train.