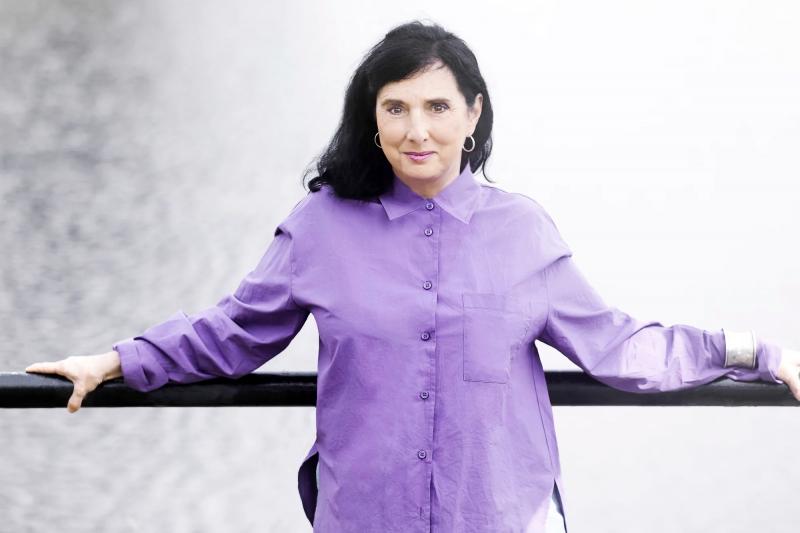 An award-winning author for her novels, stories and essays, which have been translated into several languages, Montrealer Catherine Mavrikakis talks about impermanence, the passage of time, memories that cling or evaporate in his new novel, Niagara. The narrator of this new work of fiction, fascinated by waterways, captures stories, moments, snapshots, recalling with a touch of melancholy that everything flows, irretrievably.

At the foot of the falls, always, the water crashes in a thunder and bubbles. Further on, rivers and rivers irrigate the territories, ending their course in the sea, like the Mississippi flowing into the Gulf of Mexico.

The narrator of Niagara observes these movements, does not take the waves out of sight, questions oneself while observing them. The stories of the dead, the ghost of his mother, precise or more diffuse memories arise in his reverie, which pass and then vanish.

Catherine Mavrikakis, a writer of great sensitivity and intense lucidity, evokes the Niagara effect in her novel: what it costs to be passive and to let oneself drift in life.

Communing with the departed

She also talks about the death of her mother, a ghost that appears on different waterways of the North American continent, from different manners. The concept is brilliant, the evocative power exceptional.

“I'm not saying that I believe in life after death, but I have the impression that in nature, we can still communicate again, feel presences. It seems to me that in nature something appears from absence and presence. We find a communion with those we have lost,” she shares in an interview.

“I wanted it to be a bit wacky, to be a bit like a dream, and very geographic, very North American. I wanted my mother to become the United States, Canada, Niagara Falls. She didn't like this continent at all and I wanted her to travel to this continent.”

Born in Chicago, Catherine Mavrikakis has been to the places she talks about in this novel.

“I have traveled a lot and I have already been almost as far as New Orleans with my mother, when I was small, as I say. And I wanted it to be a little crazier.”

Catherine also wanted to talk about the passage of time.

“When you are a child, you are afraid that your parents will die. And there comes a day when they really die. I wanted to show how time flows, no matter what.” A bit like the waves of the Mississippi, the St. Lawrence…

At the same time, it describes a difficult America, filled with injustices and social conflicts.

“The territory is not neutral: it is crossed by conflicts, battles, social inequalities. As a child, I was always happy to travel, but I was still very apprehensive about what I saw, I was afraid of discovering something horrible in this world.”

♦ She is the author of an oratorio, Omaha Beach, and a story about her mother, Absent from all bouquets.

♦ His work has been translated into several languages ​​and has won several prestigious awards.

< strong>“The falls were sobbing and no one was going to see them anymore. They were said to make them sick. Their worried beauty caused a syndrome, that of Niagara, which is the subject of this story. Those who were contaminated by the magnificence of the place became aware of the violence of the passage of time.

A vaccine for this virus has still not been developed. . Some creatures, without anyone understanding why, grab it repeatedly. Scientists wonder.

We fall, we fall… and we relapse… I know only too well.”