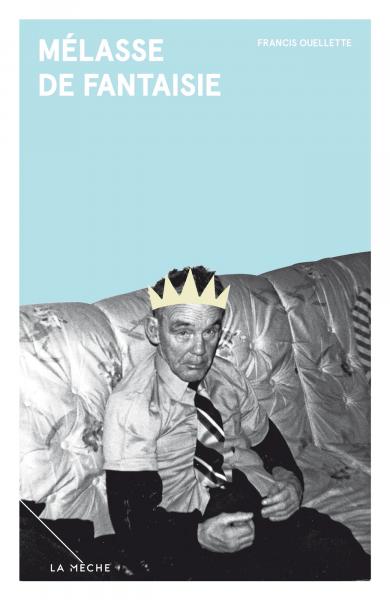 You have to have a hard skin to be a child in the Centre-Sud of Montreal, but also a free spirit and a tender heart. Years later, Francis remembers.

Let's take a scene from Francis Ouellette's novel Fancy Molasses: the one where his grandmother takes part in a rocking- o-thon.

“Sacrament: twenty-four hours rocking nonstop in front of people who eat grilled cheese, it's stupid like the moon, it's cheap, it's cheesy, it's small people thoroughly, it is… It's grandiose.”

That describes this novel well: a raw story, without lace, sometimes disturbing, but which manages to transform the shabby, the banal, the glaucous by adorning them with colors of life.

However, Ouellette never embellishes the line. It tells the daily life of a little boy whose loving mother gets drunk to death; whose neighbor looks after children while receiving “clients” (details in support!); whose grandfather is a concentrate of anger with outbursts of love… The whole story quivers with paradoxes, and that makes it ring true.

The story of little Francis in the novel is inspired of the life of the great Francis, writer. We will let him determine the part of fiction in the description he draws up of his universe. But we meet people there who are all crooked, resourceful, united when it suits them, ready to strike if necessary, amusing, sometimes endearing, often unbearable…

With a touch of magic< /strong>

Can we get out of the Faubourg tired when such intense feelings are attached to it? It is not the desire that is lacking, as the author relates. Until the observation, years later, that the neighborhood must be shown as it is: Francis Ouellette will therefore work there.

Like the time when the whole neighborhood mobilized to buy the furniture for the apartment of Eric, the cousin of Francis, who committed suicide. This sale is the only way to manage to pay the funeral expenses.

And this other one where Josette, Francis' mother, consumed so much that she collapsed on the floor, nothing helps her. to move. Is she dead? Desperate, her little guy pours Strawberry Quick into her ears… Oh! the awakening!!!

He's a kind of sage who leaves and comes back, who intervenes before things get out of hand, who always knows what's going on, and who acts as a mentor in the shadows for little Francis. The proof of the shadow is that his thoughts appear in a footnote!

Now Frigo knows it well, that one day this young man will write so that the district still throbs .