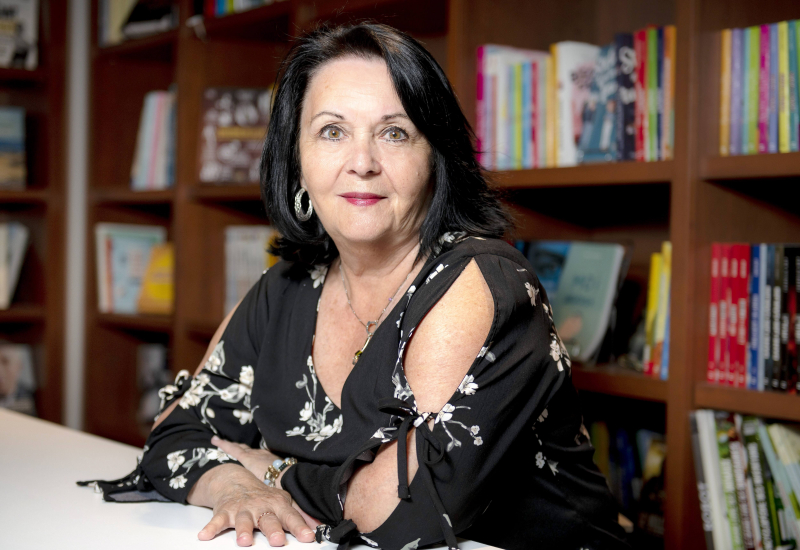 Increasingly acclaimed novelist, Josée Ouimet offers this fall an incredible story, drawn from a real and puzzling historical fact: The stranger of the presbytery. It brings to life, in a romanticized way, the run of John Harrison Surratt Junior, accomplice in the assassination of American President Abraham Lincoln at the Ford Theater in Washington, in 1865. Knowing that there was a price on his head, he fled to Canada . Random roads and hiding places, he found himself in the presbytery of a small village in Quebec. In Saint-Liboire, precisely.

The first volume, Les temps maudits, begins in April 1865. Honorine Bergeron, newly widowed, is driven out by her in-laws. One rainy evening, she climbs aboard a cart and its driver agrees to take her to Saint-Liboire, to her mother's house.

Aboard this famous cart is another passenger, a young American trying to keep a low profile. And for good reason since it is a man on the run, John Surratt. He was one of the handful of Confederates who plotted to assassinate Abraham Lincoln, and there is a bounty on his head.

When their paths part, the two passengers are unaware that fate will so that they intersect again.

“John Surratt was a conspirator. He fled the United States and took refuge in certain small towns and villages in Quebec, including Saint-Liboire. Most of the action takes place in Saint-Liboire, Saint-Hyacinthe, Laprairie and in a monastery located near Montreal. We follow the character of Surratt who is on the run,” explains Josée Ouimet, in an interview.

In the novel, Josée Ouimet imagined that Surratt meets Honorine Bergeron, a young 25-year-old widow, who has just been kicked out of her in-laws and returns to her family, in Saint-Liboire. “Fate will ensure that John Surratt and Honorine Bergeron will be picked up on the road by a good Samaritan.”

“Honorine does not want to remarry, but in 1865-1866, she finds herself, with the status of a widow, to be free”, adds Josée. “She is not under the dictates of religion nor under the dictates of civil authority which says that a woman, usually, must be subject to the authority of her husband, her father or perhaps even her his brother. She and her mother are two widows and do not want to remarry so as not to be forced to submit to the authority of a man.”

Saint-Liboire, at the time, became a capital of the county and it was nomadic priests who went to the small wooden chapel for ceremonies. “Father Charles Boucher is going to house John Surratt because we are going to ask him to do so.”

Montreal was a place where the Confederates came to take refuge. “They were supported by the Catholic religion. Me, it knocked me over. Mary Surratt, mother of John Surratt, was the first woman not pardoned. She was hanged in the United States. She was a woman taken hostage so that her son would come back.”

But he didn't come back. “There were 12 or 13 conspirators and four were hanged, including this woman. John Surratt was the most cowardly and he was the most wanted man of his time. They gave US$25,000 for his head. And he came to hide in Saint-Liboire!”

In bookstores on August 31.

“Booth's head is now on a bounty around the world. Undoubtedly, a reward will be given to whoever captures it. Dead or alive. The same fate awaits his accomplices. However, one of them, realizing that Booth's madness would inevitably land him on the scaffold, fled to find refuge in Canada. His exile will lead him, haphazardly on the roads, to small villages in Quebec. His name is John Harrison Surratt Junior.”