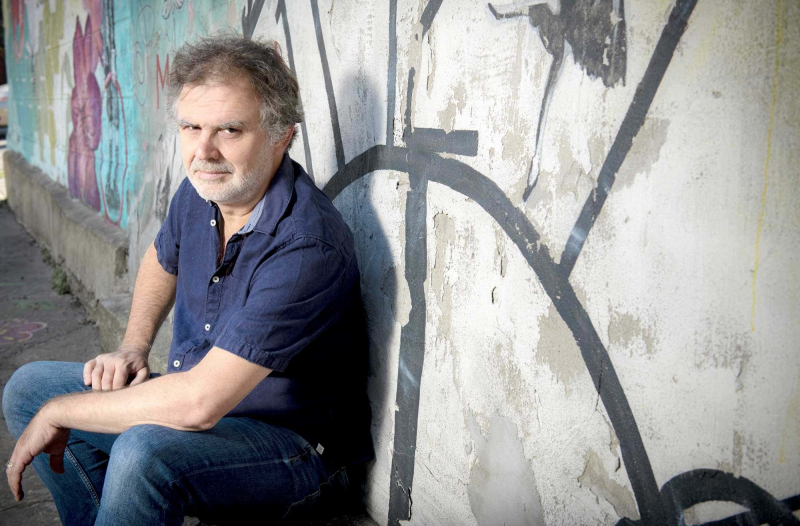 Have you ever had an MRI, locked in a cylinder, being pounded with noises as you struggled not to fall into claustrophobia and panicked fear of staying there? Patrick Senécal used his own experience to imagine a destabilizing story where a 51-year-old writer, Théodore Moisan, sees his daily life take on a strange color after his examination at the hospital. Everything starts to get weird around him… and it gets more and more disturbing. Masterful work.

Théodore Moisan, a writer with modest success, discovers that a simple medical examination can become a terrifying ordeal when he is asked to stop breathing and the panic button does not work as it should. Fortunately, his ordeal only lasts about forty minutes, and everything ends well.

Following the exam, Theodore begins to have memory lapses: he forgets a dinner with his daughter and the literary launch of his colleague Gerda. People around him are acting weird. Even his companion acts in a detached manner.

Patrick Senécal steps out of his usual niche in this very well-crafted, surprising and unpredictable novel.

“The more things go, the weirder it gets. Even the end is very weird!”, he agrees, in an interview. The successful writer always plays on the fine line between the real and the imaginary, between what is really happening and the perception that the characters and the reader have of it.

“There is like a logic of the nightmare in this novel. The character feels like he is in a nightmare and that there is a logic around him, but a logic that completely escapes him. Like people around him are acting weird and no one around him seems to notice that it makes no sense to act like that. But he notices it. That's often what happens in nightmares: there's an internal logic that escapes us and that's what's terrifying.”

A flash in the machine

Patrick Senécal had the idea for the novel… while undergoing an MRI himself.

“It was really in the machine that I had the first flash of the novel, about two years ago. I was in the process of thinking, precisely, for a novel… I had written Flots and I was wondering what else I was going to write.

“I was told that it was special to pass this. I was not afraid. I'm not claustrophobic. I didn't freak out… but I told myself that there are things that must freak out in there: the noise, the blows. You really feel like you're in a very tight cylinder and thinking about that, I had a flash. That of a writer who has an MRI and what happens to him is so traumatic that it will change reality when he comes out of it. But is it reality that has changed or is it he that has changed in the MRI?”

He started from this idea. At the same time, he wanted to write a novel that would take him elsewhere. “I am 54 years old, I am a writer who has published for 26 years. When you make thriller, horror, suspense, the risk is to always repeat yourself. And it's a risk that scares me. How do I go somewhere else while staying in something I love?”

So he thought he would offer a reflection on the writing, on the characters, through this story.

“I managed to integrate the two, but it was a lot of work! I realized while writing that the thriller took up a lot of space. No matter how hard we try to detach ourselves from what we usually do, the natural catches up with us all the time.”

“So here I am having my MRI.

Dressed in a medical gown. hospital, I have been in the belly of the machine for about thirty seconds, lying on my back, my arms on either side of my body. It looks like a big cylinder, so small that the top wall is only inches from my face. I had headphones put on my ears to hear some music as I was warned it would be loud. I fear some insipid melody, far from Led Zeppelin or Idles, but for the moment, nothing plays in my eardrums and the machine emits only a slight hum.