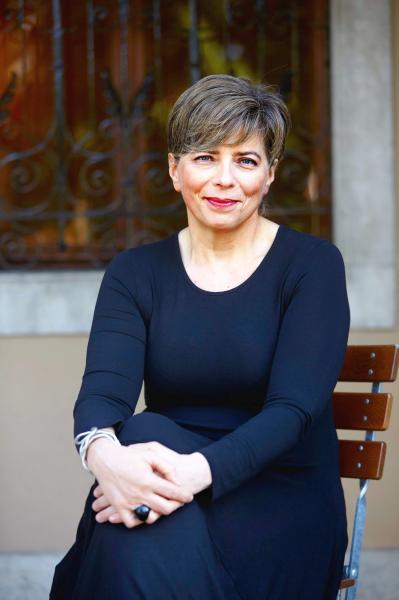 Winner of numerous prizes in Italy, the writer Raffaella Romagnolo imagined two formidable destinies for women, during the first half of the 20th century, in her second novel to be translated into French,Bella Ciao. Between a small village in Piedmont and the city of New York, through memories, regrets, dreams and resentments, the destiny of Giulia and Anita takes shape.

In March 1946, the war had just ended in Italy. Giulia Masca returns to her small village of Borgo di Dentra, in a limousine with driver. Betrayed by her best friend Anita and her fiancé, she had left her small village half a century earlier, alone, pregnant and penniless. Objective: to start a new life elsewhere, differently. Destination: New York.

While Giulia pursued her American dream, the inhabitants of Borgo di Dentro endured two world wars, witnessed the rise of fascism, entered into resistance. Little by little, Giulia finds out what happened to her friend Anita and her family. Can they reconcile?

In an email interview, Raffaella Romagnolo explains that she wrote this novel after learning, in 2010, that a strike had occurred in 1900 in a silk mill near her house in Piedmont.

“It was the first strike in the region, and women, girls and even children were the protagonists. The strike did not end well for them. I imagined that one of them, a 19-year-old girl, Giulia Masca, had decided not to return to the hell of the spinning mill and had chosen to flee the country.”

The novel spans the early 20th century until the end of World War II, and is set in different locations, from Manhattan to Borgo di Dento, a small community in northern Italy.  < /p>

“There are several themes, several characters and several situations. As in my other novel, I am mainly interested in family and time. The family could be an important resource for human beings and at the same time be a kind of prison. I am particularly interested in the course of life, in the change in our emotions and our vision of life.”

A fate like that of Giulia, who decides to leave her country, was relatively common , notes the writer.

“Families in difficulty could count on girls and women to work abroad for several months during the year, and even longer. Several young single girls from Piedmont went to work in France, for example. At the beginning of the 20th century, the United States was very attractive to poor Italians.”