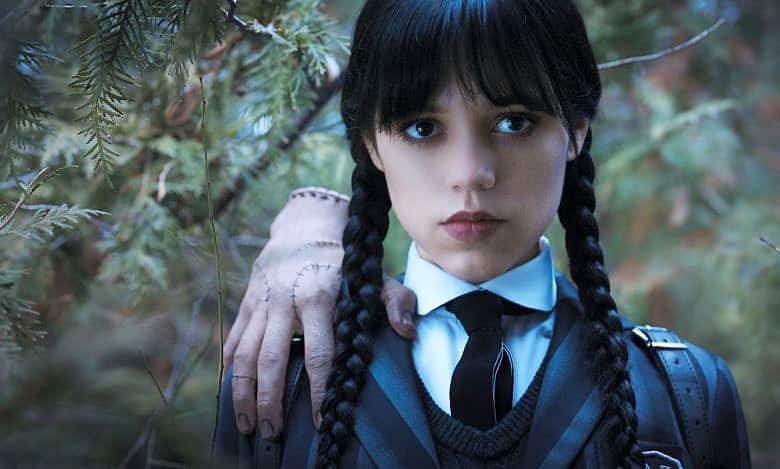 New series are released every month on the different platforms. The offer is as generous as it is diverse. Here are some good plans for November.

In this third opus by Jacques Davidts and Maxime Caron directed by Ricardo Trogi, our four fifties, now all single, live under the same roof, at Christian's. They are more pathetic than ever which has everything to please us. Multiplying the gaps, they almost chum-chum with the police. So many challenges that everyone addresses in their own way! Christian Bégin, Yanic Truesdale, Normand Daneau and Alexis Martin surpass themselves. Special mention to Paul Doucet.

The existential crisis also strikes Sarah, nurse-sexologist who we find for an even more biting second season and with completely crazy patients. This time we discover his mother, a woman who has a lot of energy and who experiences a range of emotions. And there's always a lot going on at the clinic as Lou looks for a new job, Dominique has a new lover and Yasmine discovers herself in a new light. A comedy by Marie-Andrée Labbée, directed by Patrice Ouimet, with Magalie Lépine-Blondeau.

Jen was close to death. While she was teetering before coming to, she saw her sister who had died three years earlier in strange circumstances that looked like a suicide. Which Jen no longer believes. By reconnecting with the investigator and returning to her mysterious hometown, she is determined to elucidate this death. We surf here between the thriller and the paranormal, which we see little and whose audacity must be underlined. Beautiful cast which includes Stéphane Gagnon, Nahéma Ricci, Gildor Roy, Larissa Corriveau, Anick Lemay, Martin Dubreuil and Elisapie Isaac. It is a realization of Sophie Deraspe who co-signs the texts with Stéphane Hogue.

Martine at the beach

This web series written by Simon Boulerice and directed by Christian Lalumière is as bright as it is original. The subject does not lack audacity. Martine is 14 years old and has a mega crushfor his neighbour, an optometrist who is a good family man. In short, an impossible love. In order to get closer, Martine claims to see blurry and continues her schemes to ruin her sight. They say that love makes you blind… And beware of the Ouija board! This is a great opportunity to discover Gabrielle B. Thuot, a talented young actress.

►Available on ICI Tou.tv extra in the Vero.tv section

What a tasty series! After Hawaii during the first season, we find ourselves this time in a magnificent hotel in Sicily where the richest customers come to abuse the aperol spritz while trying to experience strong emotions. We know from the start that someone will not be from the boat back. In the meantime, we happily watch their misfortune and their holidays. There's Cameron and his wife Daphne. The former invited his former college roommate Ethan, newly wealthy, and his wife Harper. There is also Albie who travels with his father, Dominic, a sex addict, and his grandfather Bert, a cruise expert. And there is the formidable Tanya, embodied by the unclassifiable Jennifer Coolidge, in search of perpetual attention. One episode is featured every week.

This 5th season has caused a lot of ink to flow, especially since it arrives shortly after the death of the legendary sovereign. Its creator, Peter Morgan, even had to specify that it was a fiction series inspired by real events, accused of wanting to depict biased events. Especially since this season takes us into the 90s and tackles the thorny question of the relationship between Charles and Diana as well as the death of the latter. A new distribution is installed for the last two opuses. Imelda Stauton was cast in the role of Elizabeth II.

The Addams Family has always stood out for its fascination with the macabre and the bizarre. The teenage daughter of this wealthy and odd family, Wednesday, now inherits her own series. We follow her as she enters the Nevermore Academy run by an enemy of her mother and where she discovers psychic gifts while trying to adapt to other students. A series of murders will attract his attention. In the eye of director and producer Tim Burton, the pairing can hardly get better.

The night Laurier Gaudreault woke up

Xavier Dolan takes on a piece by Michel Marc Bouchard for a second time. He wrote the score for his first foray into television directing, creating the most anticipated series of the fall. Julie Le Breton, Éric Bruneau, Patrick Hivon and Magalie Lépine-Blondeau take over the roles they created on stage. Anne Dorval is unrecognizable. The images are polished, the tension palpable. We know that this family is hiding a terrible secret, the memories of which resurface when Mireille, who has become a thanatologist, returns home to embalm her mother, forcing a reunion with her three brothers. This leap from Dolan to the small screen promises.

► As of November 24 on Club illico

Here is a genre that we rarely see: the documenter. In this atypical miniseries, we follow the rise of a new star on the local music scene, Nichole. Personified by Alexandre Lavigne, she brings us into her environment as well as into her life. She is lively, positive and determined. It's cool, funny. As she would say, it's crazy!

►As of November 24 on the Télé-Québec app and telequebec.tv

Written by Dominick Parenteau-Lebeuf and directed by Yannick Savard, this series has an attractive power. A group of young adults, all born on the same day in the same hospital, meet by chance and share their daily lives. Twelve new episodes allow us to learn more about Camille, whose parents have hidden the existence of her brother. We will find Thibault victim of a rape and Margaux who sinks into a toxic relationship since the death of her mother. Despite the depth of the subjects, the tone is never heavy. Winner of the Gémeaux for the best annual series, this series deserves to be known. Really too bad it doesn't have a sequel.

►As of December 8 on Club illico

Few details have been revealed about this new series by Serge Boucher directed by Claude Desrosiers. But with Aveux, Appearances, Fires and Fragile, we can say that the author never disappoints. It tells of the reunion of four friends at the dawn of their sixties who have not seen each other for 40 years. Obviously, one can think that a secret will resurface. René-Richard Cyr, James Hyndman, Luc Guérin and Céline Bonnier will star.

It's blue flower, it's ultra cliché, but the designer Darren Star still knows how to bring together key elements in attracting and retaining audiences. Emily's candor and lack of malice are good. It's nice to see Paris there. And the ambiguous relationship and the missed appointments with her beau Gabriel maintain a small flame.

►From December 21 on Netflix