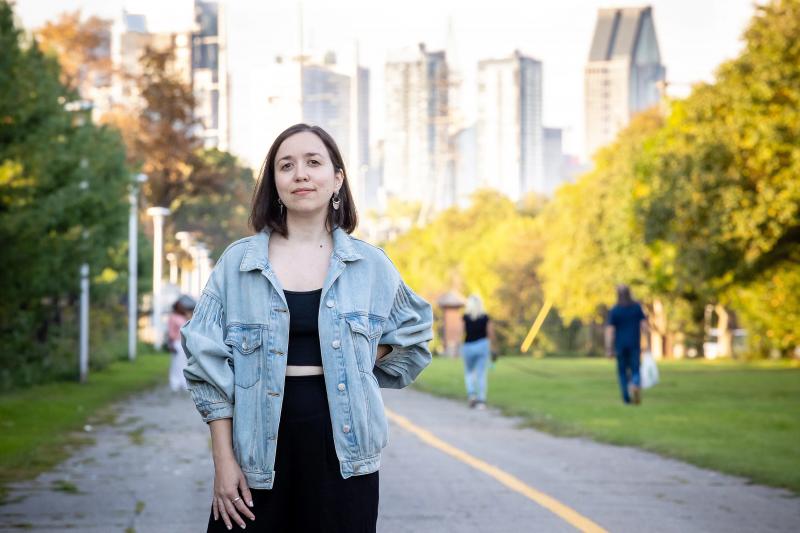 After exploring the Wild West in a highly acclaimed debut novel, In Search of New Babylon, journalist and novelist Dominique Scali has created a whole universe with a maritime flavor in her new opus, Sailors Can't Swim. This adventure novel is set in an alternate 18th century on a distant island where the wind blows, ruthless, and where men and women try to live, and above all to survive.

Orphan, Danaé Berrubé-Portanguen, known as Poussin, has a gift that is rare on Ys, an island lost in the Atlantic where lives a people obsessed with honor and courage: she knows how to swim.

< p>The men and women who populate the island of Ys do not all have the same privileges. Some live on the beaches, others find refuge in the fortified city, sheltered from the high equinox tides. Danaé Poussin must submit like everyone else to the cycles and whims of the sea and face the tormented moods of the inhabitants of the island.

A whole maritime universe has emerged from the imagination of Dominique Scali in this brick of more than 700 pages which required several months of intense work.

“I had this fascination for water, for the ocean, for the marine world, without really knowing what I wanted to do exactly. I was very much inhabited by questions that revolve around power, powerlessness, failure. I found that the power of the ocean, the helplessness that you experience when you're on the ocean, and all the images around shipwreck and failure, it seems like it's kind of married in my head.”

It was a time when she rediscovered Andersen's tale The Little Mermaid, which she found very relevant and very apt as a metaphor for sacrifices. what we are ready to do to achieve what we want, both success and love.

“It all came together and I wanted to create a world in which I could recreate the dynamics and themes of this tale. A world in which there could be mermaids, without the fantasy side, without there being real mermaids with fishtails, let's say.”

Little by little, the novel took shape. It was a tall order.

“What surprised me the most was the difficulty of the research. It was very difficult to find information on the historical period that interested me. Everything concerning navigation, the marine world, is already very complicated, very technical. Just understanding how sailing works today was already a challenge. In addition, to understand that in a genre of the 18th century, where the sources of information are quite rare, it was a challenge. It took me longer than I thought, and I was already finding it harder than I thought.”

Her process was based on research, she explains.&nbsp ;

“I do research, I read, and as I read and take notes, there are things that emerge. Not finding what I was looking for was a big challenge. There was a moment when I felt like I had mastered the subject and I was able to start having fun.”

Sailors can't swim is a real “literary trip”, an “imaginary rip”, she says.

“< /strong>With mid-September came the end of the season. The rowboats that abounded on the beach, keel in the air, had by then disappeared from the landscape. They had been piled on board the victualler's schooner along with the last quintals of cod. Quays and scaffolds were dismantled. The skylights, the openings were barricaded. We never knew in what state we would find the cottages after the equinox. They had been built of stone to face the sea wind and the invasion of the waves. The walls held up quite well. The devastation usually came from the roofs of kelp, blown off by gusts or torn apart by waterspouts.”