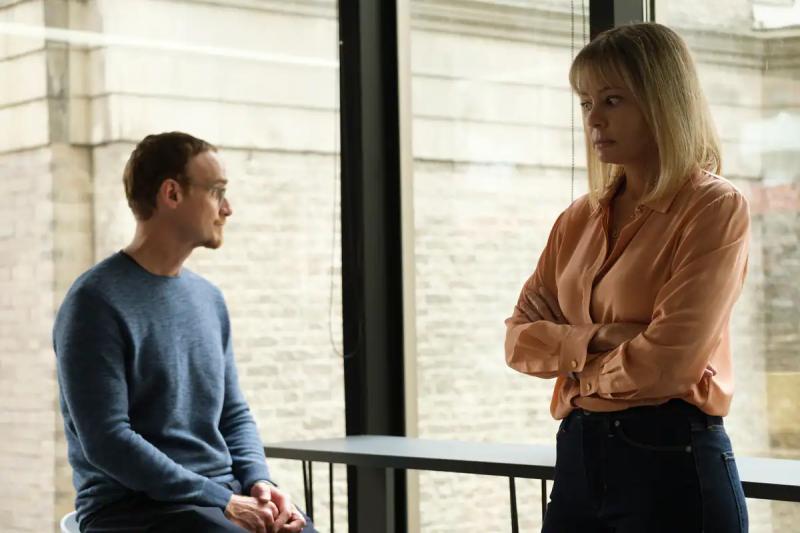 Only a few hours after the hostage-taking in the studio of which they were victims, but especially the kiss they exchanged, Sarah (Catherine-Anne Toupin) and Christian (Vincent Leclerc) are still under the shock.

In this second season of “… Me neither!” Sarah will definitely need answers to cope with her post-traumatic shock, told the QMI Agency the one who embodies her on the small screen.

And it is moreover this need to believe in something to overcome a difficult ordeal, in which misleading information and disinformation often hide, which will tint the dramatic curve of this new season presented on Tuesday evenings on Noovo.

“For me [misinformation] is in the most serious topics of the hour. It is easy when we are in a great period of vulnerability to cling to people who give us ready-made solutions, perhaps a little too easy, that we start drinking their words and where we quietly enter into a dangerous gear,” explained the actress, author and playwright.

“Sarah is easier prey than Christian, who questions himself more and has more difficulty believing people; he is always analyzing everything. Sarah falls more easily into the trap because she is in fact more open”, added Catherine-Anne Toupin, who has just finished filming the film adapted from her play, for which she is also writing the screenplay, “La meute ”.

Stuck on the news

With her colleagues Karine Goma and the newcomer to the team Marie- Josée Ouellet (“Squad 99”, “Counter-offer”), the authors were once again inspired by current events to build the second season of “…Me neither!”.

With an electoral episode (presented just before the elections of October 3) and a backstory based on the major current social movements, the scriptwriters used their characters to translate this social climate and this “collective unconscious” that surrounds them.

“At the moment, we are in a society that is more and more polarized, where the right is becoming more and more extreme and where the left is too. It is therefore easier to bring out the faults, or the contradictions, in each of our characters who try to live according to their values, but who unfortunately do not always succeed, ”raised Catherine-Anne Toupin.

Acting and writing certainly gave Catherine-Anne Toupin an advantage for the writing the second season.

“You immediately see the relationships between the characters that work. From the first hour I played with Pierre Curzi, it clicked right away; it was my father. It was obvious, as soon as we started season two, I told myself that it was a relationship that we were going to explore more, same thing with Vincent Leclerc, we have a lot of chemistry, “he said. she explained, pointing out that the relationship between these two characters was also going to be deepened this season.