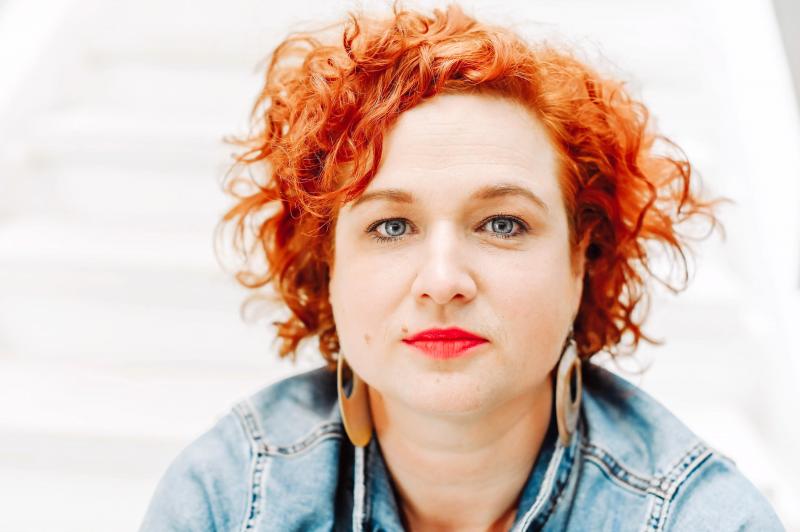 Author with a biting sense of humor, flamboyant novelist, Élise Lagacé wants to reinvent romantic comedy from every angle with her new series, Une chance que on love each other. The first volume, Dear Dolores, tells how this thirty-something, mother of three boys and wife of a movie superstar, has to take a sharp turn when her delicious spouse tells her that he wants to “reorient” their couple.

In everyone's eyes, Dolores seems to be leading a dream life with Franck and her three children. His daily life takes a turn for the worse after the bomb dropped by Franck. And as one turn does not wait for another, she inherits from her father a bankrupt garage and a yard in scrap, in her small native village.

Never mind: Dolores cashes in and leads her turbulent children on a return to basics that will not be easy. As she approaches her forties, she is equipped to reinvent her life, whatever Franck's escapades.

Élise Lagacé, a very good storyteller, wanted to reinvent the classic romantic comedy with her new novel. His writing, very singular and original, is really entertaining to read and very funny.

“I have always been a little bit on the sidelines. Not fitter, it is a universal experience. We all have times when we didn't fit, in one place or another. I realized that when I write books, I fit with the universe I create.”

“I love the world as I love my characters – deeply. In my novels, I express myself as I am, without having the will to fitter. It allows me to express this uniqueness, and in novels, I loosen up. It's like a playground without borders. I’m having a lot of fun!”

Accepting yourself as you are

Élise Lagacé, like Dolores, likes cars and feels very at ease in the world of mechanics and garages.