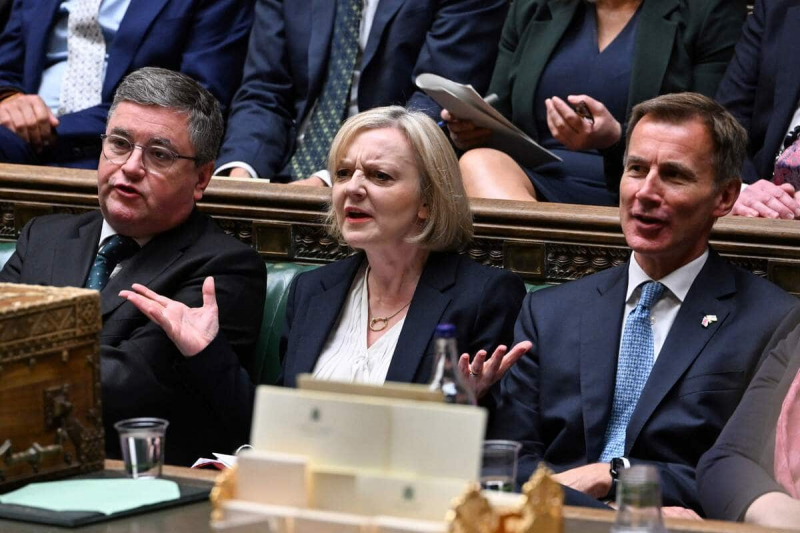 LONDON | On reprieve after six weeks in Downing Street, British Prime Minister Liz Truss suffered a new setback on Wednesday with the departure of her Interior Minister Suella Braverman.

Rejected by public opinion, challenged within her own majority, the conservative leader assured that she wanted to remain in office despite the abandonment of her economic program, which had caused a storm on the financial markets. But his position appears to be weakened with the departure of a new heavyweight from his government, less than a week after having had to dismiss his finance minister and close friend, Kwasi Kwarteng.

Suella Braverman, 42, explained that he resigned for having used his personal email to send official documents, in violation of the ministerial code. She also expressed her “serious concerns” about the policy of the government which, according to her, is giving up on its promises, in particular on the migration file.

According to several British media, she will be replaced by Grant Shapps, Minister of Transport under Boris Johnson.

His departure, if it does not seem linked to a rebellion within the government like the one which had pushed Boris Johnson initially in July, falls badly for Liz Truss who is seeking to regain control after her new finance minister Jeremy Hunt tore up the massive tax cuts she had promised on Monday.

She proved to be very combative at midday during the weekly appointment of questions in Parliament, a major test for her ability to bounce back, defending her policy in the face of boos and calls for the resignation of the Labor opposition. /p>

“I'm a fighter, not someone who gives up,” she hammered.

“What's the use of a prime minister whose promises don't even last a week? ?”, asserted the leader of the Labor opposition Keir Starmer, listing all the measures that Liz Truss had to abandon.

After that session in Parliament, Liz Truss was due to take questions from reporters during a tour of a factory in north London, but had to cancel to speak with Ms Braverman. The latter, a former lawyer, unsuccessful candidate in the race for Downing Street this summer, is a very right-wing conservative who found herself in charge of the very sensitive file of illegal crossings of the Channel, which are reaching record levels.

The crisis that the government is going through dates back to the presentation on September 23 of the “mini-budget” of the then Minister of Finance, Kwasi Kwarteng, which had raised fears of a slippage in the public accounts.

The pound had fell to an all-time low and long-term government borrowing rates soared. The Bank of England had to intervene to prevent the situation from degenerating into a financial crisis.

In an attempt to calm the economic and political storm, Liz Truss had to appoint a new finance minister on Friday, Jeremy Hunt, responsible for rectifying her economic program and reassuring the markets about the seriousness of the government's budget.

The latter, now widely considered to have gained the upper hand over Liz Truss, reneged on almost all the tax cuts promised by the Prime Minister and warned that savings should be made in public spending, raising fears of the return to austerity, as after the 2008 financial crisis.

As inflation hit a 40-year high of 10.1% in September, however, the Prime Minister wanted to quell rumors that she would not increase pensions to the amount of inflation.

According to a YouGov poll, only one in ten Britons have a favorable opinion of Liz Truss, one in five among Conservative Party voters. And 55% of the majority party members believe that Liz Truss should resign, against only 38% who want her to remain in office.

Two years from the next general election, the Labor opposition defeats the Tories in the polls.

As of now, six MPs from her party have already publicly urged Liz Truss to leave. In the absence of an obvious successor, the conservatives are however reluctant to engage in a new and long process of appointing a new leader, and are looking for a consensus to agree on a name, but seem far from achieve it.