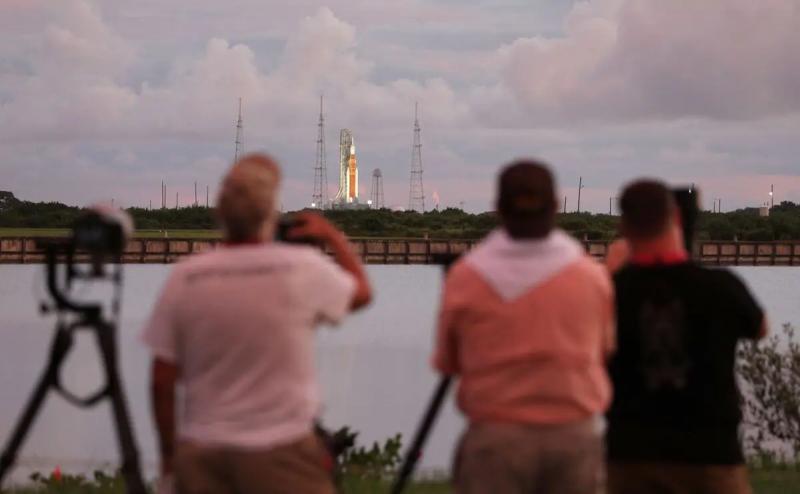 NASA announced Tuesday that it will attempt to launch its new mega-rocket to the Moon on Saturday, after an initial attempt failed on Monday due to a technical problem.

“We have agreed to change our take-off date to Saturday, September 3,” Mike Sarafin, in charge of the NASA of the Artemis 1 mission, which should mark the beginning of the American program to return to the Moon.

A weather official said he was “optimistic” about the weather on Saturday, although the likelihood of unfavorable conditions during the two-hour shooting window, which begins at 2:17 p.m. local time (6:17 p.m. GMT), is “high”.

The launch of the rocket was canceled on Monday at the last moment due to a cooling problem in one of the four main engines, under the main stage. These RS-25 engines need to be cooled so they don't shock with the ultra-cold fuel when ignited. But one of them could not reach the desired temperature.

This temperature is reached by letting a small part of the cryogenic fuel escape on the engines. NASA teams suspect a problem related to possibly faulty “sensors”, said John Honeycutt, in charge of the rocket program. NASA also plans to begin engine cooling earlier in the countdown.

A leak issue when filling fuel tanks was also observed on Monday, and although it may have be overcome, NASA teams will work to fix it by Saturday.

The Artemis 1 mission is to propel the unmanned Orion capsule into orbit around the Moon, to verify that the vehicle is safe for future astronauts — including the first woman and first person of color to walk on the lunar surface.