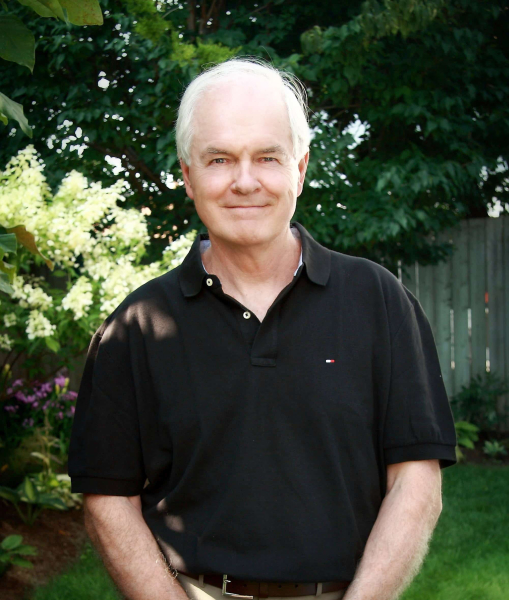 Journalist emeritus at Radio-Canada for 39 years, talented writer and incomparable storyteller, Daniel Lessard is temporarily abandoning historical novels to return to thrillers this fall. Crime parfait, a new opus in his detective series, offers a sustained plot. But it is also a pretext to make a social portrait and a foray behind the scenes of the police world and politics, especially about the new realities facing police forces in today's world.

The novel begins with a shock wave in all the police forces when the identity of a body discovered in the trunk of an old abandoned car is revealed. Detective Sergeant Sophie Comtois, whom the new Minister of Public Security is preparing to appoint as Director of Criminal Investigations, is initially dismissed from the investigation.

Then the situation gets worse : her bosses suspect her of being involved in the affair. Sophie Comtois will have to carry out her own investigation in secret, in order to find the real culprit and save her reputation.

Daniel Lessard, in this thriller, paints an unvarnished portrait of today's society: he talks about the hatred of journalists, the new community vision of the police, misogyny, current events, the excesses of social media.< /p>

“My starting point was the death of George Floyd in Minnesota, when the policeman put his knee on his throat and kept him there for about ten minutes. There was also in Montreal, Camara, the guy who had been falsely arrested. We thought he had shot a policeman and it was not him. There was a rather famous case in a nightclub in Quebec, where a black man was arrested because he was black, basically. I went from there.”

“In my research, I came across all these articles that talked about the need for police officers to adapt to life today. Being a police officer today is not just a guy with big arms and his gun in his belt, ready to beat the crap out of the first comer,” he comments.

“The policeman today has to deal with stuff of family violence, racial profiling, all marginalized groups. Mental health cases are multiplied by 10 and by 20 in Montreal. And the police, generally, weren't ready for that. We are doing a much better job now at the police academy, but it is still difficult, there is still a long way to go, although the new police officers are much more open to these new realities, and they are able to 'act accordingly, most of the time.'

Daniel Lessard adds that he really likes to stick to the news while writing his novels. “I've been in there a long time. I have already made the various facts, at the beginning of my career. I went to get stuff from the newspapers, to try to show what the dynamic is, what the problem is with the police. Because being a police officer is not a gift cristi. Me, they would pay me a fortune to be a policeman and I wouldn't want to be one.”

Daniel Lessard also imagined, in the novel, that a group was plotting to overthrow the government of Quebec. “I'm not telling you there's going to be a coup in Quebec, but it's not that far-fetched. I said to myself: it may never happen… but it will happen at least once in my novel!”

“– Is the minister's reform project massively rejected in the ranks of the police?

– No, most agree to avoid the use of violence as much as possible and recognize the new challenges they face in today's society. The problem is that they feel judged on the same basis as some colleagues who are bullies, incompetent and violent. They feel like the police are being used as scapegoats for political correctness.”