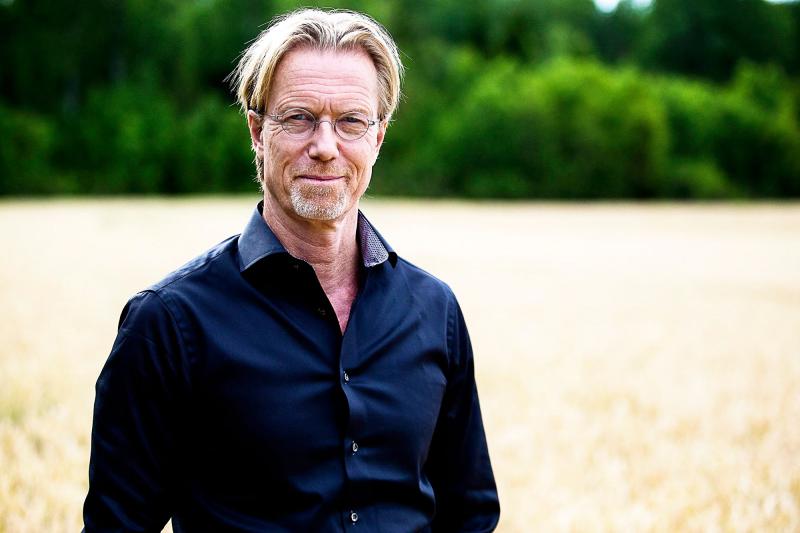 Famous for his trilogy 3 seconds, 3 minutes, 3 hours, co-written with Börge Hellström, the writer and Swedish journalist Anders Roslund returns this year with Who's there?, a thriller that takes readers on a mysterious trail leading to Eastern Europe. In this ninth high-intensity investigation, Commissioner Ewert Gens must team up with ex-police informant Piet Hoffman to find a young woman who once witnessed a crime. It's a real race against time, because lives are in danger.

Ewert Grens didn't think the past would resurface… 17 years ago, he was called to a horrific crime scene. A family had been murdered and the only survivor – and only witness – was a five-year-old girl. Zana had been placed under judicial protection and the murder had never been clarified.

Grens, over the years, had remained marked by this brutal event. When he learned that bizarre break-ins had taken place again in the apartment where this crime had taken place, he knew he had to act quickly. Perhaps someone had an advantage in having the only witness silenced… And someone had also made the secure archives of the police disappear.

At the same time, several murders are committed in the city. The victims are arms traffickers and Piet Hoffman understands that he and his family are in danger. His suspicions match those of Ewert Grens and lead them both – former enemies united for the cause – into a criminal underworld even more dangerous and violent than they had imagined.

The death of Börge

Anders Roslund, in an interview, explains that he wrote this novel after the death of his longtime friend and writing partner, Börge Hellström.

“We wrote seven novels together, and Börge passed away in February 2017. But long before that, we decided to stop writing together. It wasn't for health reasons, or that damn cancer, or his death. It was because we were putting our friendship in jeopardy.”

Anders had, however, already written several synopses featuring police commissioner Ewert Grens. And Börge agreed that he should continue his solo writing.

“I knew that I already had this universe, but that I also had the possibility of changing certain things and pushing the thriller writing experience further.”

Anders Roslund threw himself headlong into this intense, hard-hitting novel, which shows how the crime rate is on the rise, maddeningly, in Sweden.

He questioned himself a lot .

“But where do these weapons come from? Where does this new form of aggression and violence come from?”

Anders Roslund, who has a second home on an island in a remote part of Sweden, is sometimes tempted to move there to always instead of living in the city, where entire areas are considered very violent and dangerous.

“There are only 24 people living there. There are no shops and you have to take a ferry to get there. Sometimes I want to settle down there. There are wild berries, deer, animals that don't have our current concerns… It would be like living apart from the world living another life, in another time,” he shares. .

“But at the same time, we have a chance to be present, to act. I'm a little worried about imagining the world we're going to live in five or ten years from now. It sounds like a detective story.”

♦ Anders Roslund is a Swedish journalist whose investigative work has won numerous awards.

< strong>♦ He is also one of Scandinavia's most famous thriller writers.

♦ The 3 Seconds, 3 minutes and 3 hours, written with the late Börge Hellström, has sold several million copies worldwide and has been translated into 18 languages.

♦ He traveled to Estonia in early summer to attend the filming the serial adaptation of one of his novels. His thriller Box 21 has also been brought to the screen.

“He had never liked summer. A skin-gnawing season, which he had fought against year after year, before he stopped fighting. It was always the same: the heat, the silent city, and people walking around in shorts and laughing too hard. Commissioner Ewert Grens was lying on a brown velvet sofa that no longer had any stripes, his head against the armrest that was a little too high, his back buried in cushions that had long been too soft.”