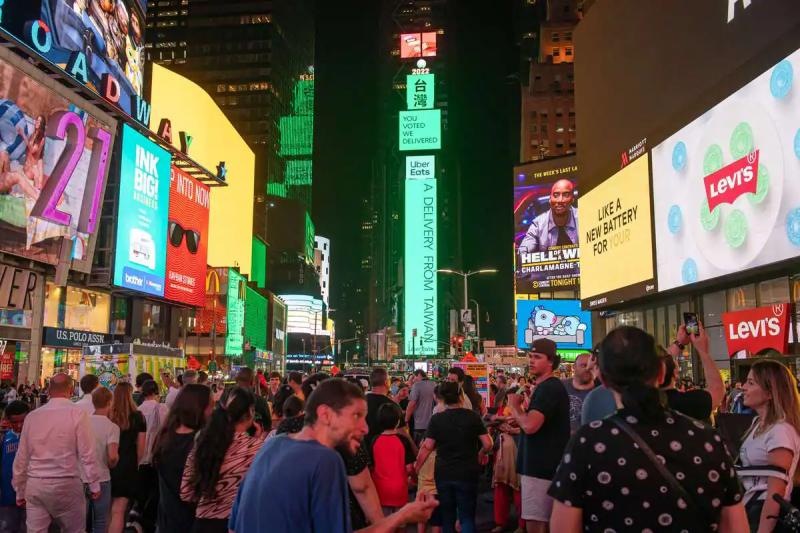 As of Thursday, it will be prohibited to walk around with a firearm, even concealed, in Manhattan's famous Times Square district, as in many public places in the State and in New York City. York, authorities announced on Wednesday.

It is a reaction of New York and other democratic states such as California to the “scandalous” judgment of the Supreme Court of the United States – with a conservative majority – which had consecrated at the end of June the constitutional right of Americans to leave their homes armed.

“The Supreme Court's decision was a gunshot that resonated around the world,” said the very martial Eric Adams, a former police captain who fought against violence, during a press briefing. by firearm the backbone of his tenure.

“New York City will defend itself against this ruling and, starting tomorrow, new requirements for the right to carry firearms take effect. covertly a firearm in sensitive places like Times Square,” he explained.

The city councilor unveiled a “Times Square: Gun Free Zone” sign that will be hung by Thursday in and around this iconic square in the heart of Manhattan, where electronic billboards stand. giants lit day and night for the 50 million visitors who flock there every year.

The governor of the country's fourth state (20 million inhabitants) added that these weapons, even “concealed” in cases, bags or pockets, will be prohibited in “bars, libraries, schools, public services and hospitals” in the region.

Ms. Hochul said “refuse to give up (its) governmental duty to protect New Yorkers from gun violence.”

These bans do not apply to law enforcement.

The Supreme Court in Washington, whose majority of judges are conservative, had invalidated on June 23 the “restrictions” on the carrying of weapons provided for by a 1913 law of the State of New York, even though the United rique faces a spike in crime in major cities and a series of killings, including two in May, in Buffalo (10 African Americans killed) and at a school in Texas (21 killed, including 19 children). /p>