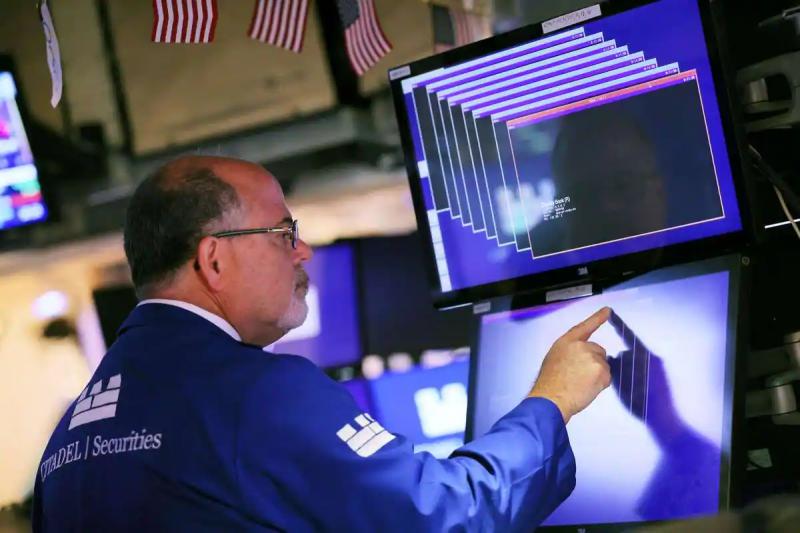 NEW YORK | The New York Stock Exchange ended sharply lower on Tuesday, in a market devastated by a higher-than-expected US inflation indicator, which dampened the optimism of recent days and suggests even more brutal monetary tightening than expected. .

“It was a crazy day,” commented Greg Bassuk, of AXS Investments.

The indices were pushed into the red by the publication of the CPI price index which showed a slight rise of 0.1% in prices in August, against a fall of 0.1% expected by economists. Over one year, inflation slowed to 8.3%, but less than the 8.0% anticipated by the market.

“Markets have been rocked by this poor CPI and have responded accordingly,” Cornerstone Wealth's Cliff Hodge said.

Oanda's Edward Moya said investors are concerned “that they have been too optimistic in predicting the end of the Fed's monetary tightening cycle” (US central bank).

“The market sees inflation going in the wrong direction, which would force the Fed to maintain its offensive posture , or even to go even further”, observed Quincy Krosby, of LPL Financial.

Operators are now going so far as to attribute a 34% probability to a one percentage point increase in the Fed's key rate at its next meeting, on September 21 and 22, and no longer 0.75 points, a hypothesis that no one was considering until today.

“The market is worried about the idea that the Fed will drag us into a recession or seize up the system by depriving it of liquidity” , noted Quincy Krosby.

In addition, traders saw signs in Tuesday's report that inflation was entrenched in the US economy, particularly food prices.

“The problem is knowing how how much these high prices will weigh on the real economy and consumers”, estimated Greg Bassuk, to the point of crushing demand, which will also be penalized by the tightening of credit and financing conditions.

< p>The specter of an even heavier handed Fed boosted bond yields. The yield on 10-year US government bonds rose to 3.41% from 3.35% the previous day.

The 2-year rate, more representative of market expectations in terms of monetary policy, soared to 3.78% for the first time in almost 15 years (November 2007).

< p>The prospect of a more expensive credit market has torpedoed technology stocks, which most often have to borrow to finance their growth.

All members of the Dow Jones ended down, with no sector managing to float.

Among the few rare ones to get out of it, Twitter (+0.80% to 41.74 dollars), welcomed after the favorable vote, at an extraordinary general meeting, of the shareholders in favor of the takeover by Elon Musk, which the entrepreneur has since denounced.

Another value to hold its own, the specialist in liquefied natural gas (LNG) Cheniere (+3.07% to 165.67 dollars), the largest exporter of American LNG, which benefits full of the surge in the gas market and raised its forecast for its entire financial year.

The specialist in exercise bikes and connected treadmills Peloton slipped (-10.32% at 9.91 dollars) after the announcement of the departure t of its co-founder John Foley, who is stepping down as executive chairman. He had already resigned as CEO in February.