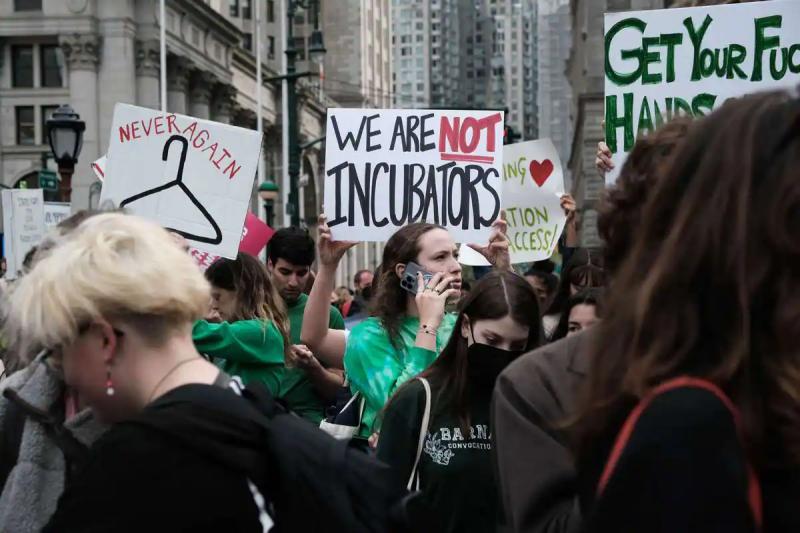 The State of New York, anchored on the left, wants to engrave in its Constitution the rights to abortion and contraception thanks to a first text passed on Friday, in reaction to the questioning of abortion by the conservative Supreme Court of the United States.

The Senate of the country's fourth most populous state and with a Democratic majority “passed an amendment to codify in the Constitution the rights to abortion and contraception,” according to a statement from the assembly, which sits in the state capital, Albany.

This text, which will still have to be voted on by the other chamber of the local Congress, the Assembly, then be adopted by a popular referendum before coming into force at the earliest in 2024, also provides for the protection of rights related to “gender , disability, sexual orientation, nationality, community, or age.”

Carving the right to abortion in stone in U.S. state constitutions had begun before the shock decision of the Supreme Court on June 24 that ended the federal legal guarantee of abortion throughout the country.

A dozen “progressive” states that claim to be abortion “sanctuaries”, particularly in the northeastern and western United States — Vermont, Maryland, California, Washington — have already done or are preparing to do so.

“The reversal of Roe v. Wade clearly demonstrates that New York State must continue to be at the forefront of the nation for the protection of women and individual rights,” said the Democratic Majority Leader in the New York Senate, quoted in the press release. .

Roe v. Wade, who had established the right to abortion throughout the United States since 1973, was overturned by a now staunchly conservative Supreme Court, after the appointments of conservative judges decided by former President Donald Trump.

It is now up to the 50 states to decide on abortion. Half of them according to the Guttmacher Institute — especially in the South and the Republican, conservative and religious center — have already banned it or are considering doing so.