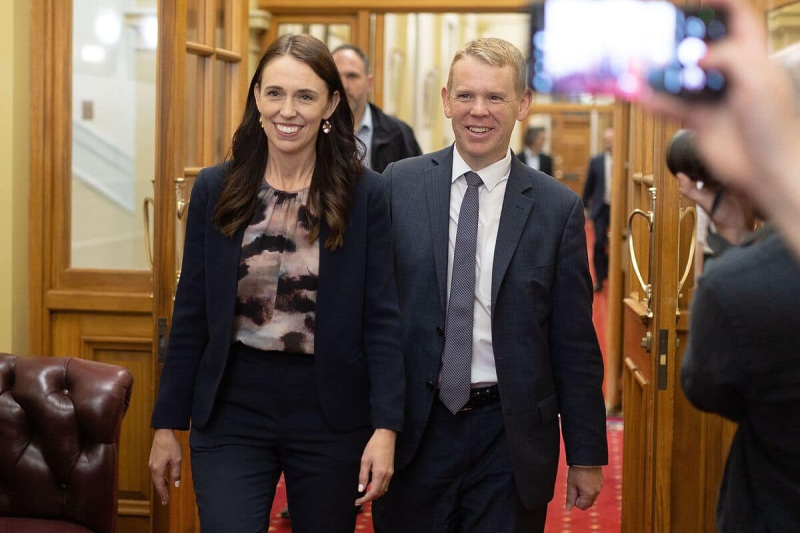 Resigned New Zealand Prime Minister Jacinda Ardern was officially replaced on Wednesday, with her successor Chris Hipkins inaugurated, at a ceremony in Wellington.

“It is the greatest privilege and the greatest responsibility of my life,” Mr. Hipkins, 44, said there, saying he was “motivated” and “enthusiastic” in the face of “the challenges ahead”.

Chris Hipkins has been hailed for his nearly two-year tenure as minister in charge of the fight against COVID-19, in a country that closed its borders to ward off the pandemic and only reopened them in August 2022 .

Jacinda Ardern has stunned New Zealand by announcing her abrupt removal from power, less than three years after winning a second term in a landslide election victory.

Ms Ardern, 42, said last week that she did not have “enough energy” to carry on with her duties, after five years marked by a deadly volcanic eruption, the worst attack ever in the country and the coronavirus pandemic. COVID-19.

“I leave with a feeling of gratitude after carrying out this wonderful role for so many years,” she told reporters in Ratana (north) on Tuesday. during her last public visit as Prime Minister.

The popularity of her Labor government has soured in recent months due to a looming recession and a resurgence of the Conservative opposition.

Her resignation sparked a nationwide debate about the denigration of women leaders, particularly on social media.

Chris Hipkins called the attacks she suffered when she was head of state.

Jacinda Ardern, however, claimed Tuesday that she would “hate” that her sudden departure was seen as a criticism of her country.