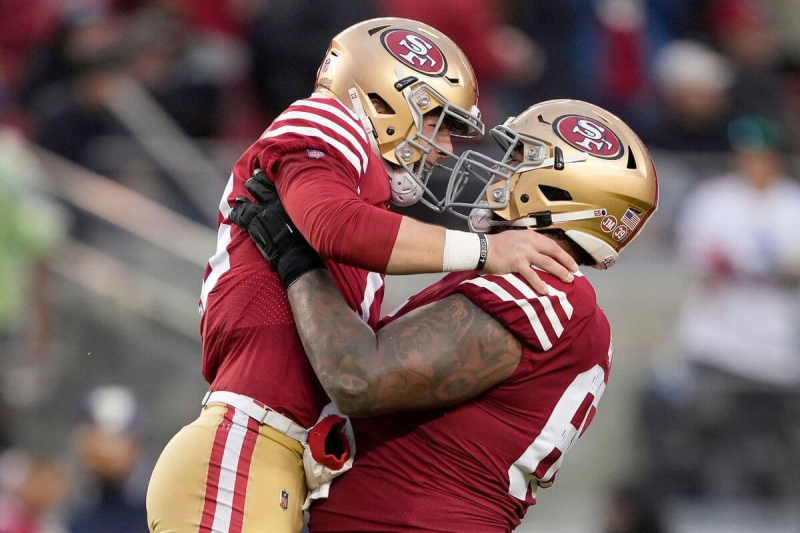 Rookie quarterback Brock Purdy was unintimidated in his playoff opener as he carried the San Francisco 49ers to a 41-23 win over the Seattle Seahawks at Levi's Stadium.

The 23-year-old center kept his composure and finished the game with three touchdown passes and 18 throw-ins while covering 332 yards through the air. He becomes the first freshman center to win a playoff round since Russell Wilson in 2012.

Receiver Deebo Samuel put the game out of the visitors' reach with a reception and a long 66-yard run into the end zone, giving the home side a 38-17 lead with ten minutes to go. Robbie Gould added to the scoring with a 31-yard field goal.

The local team was able to hurt the opponents at the right time, in the middle of the fourth quarter. Purdy put the finishing touches by passing the ball to Elijah Mitchell, who completed the play in the end zone giving his team a 14-point lead. This major wouldn't have been possible without two important plays: a breakaway from Geno Smith as the Seahawks were in a position to add points which was recovered by Nick Bosa and a long pass from Purdy for 33 yards to Jauan Jennings in the pay zone.

The face-to-face between these two formations was closer than expected, because Pete's troop Carroll managed to lead the game 17-16 before returning to the locker room for halftime. The Seahawks took advantage of a penalty to advance far enough in the closing seconds of the final quarter. They made the field goal, which was answered by another 49ers kick for points a few minutes earlier.

To the cheers of the fans, the “Niners” put the first points on the board with a field goal and a touchdown in the first quarter.

The Washington State team responded quickly with two touchdowns in quick succession, thanks to a run from Kenneth Walker III and an airborne reception from DK Metcalf, who had a strong game for 136 yards. The latter added a middle finger with less than two minutes remaining.