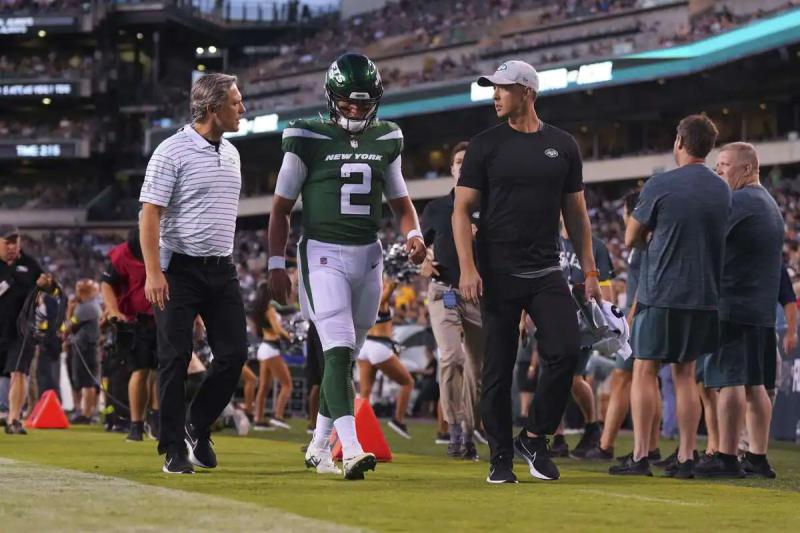 The New York Jets had quite the scare when they saw quarterback Zach Wilson fall in action in the preseason game on Friday night. Injured in the right knee, he should miss two to four weeks of activities.

It was while running the ball in the first quarter of a duel against the Eagles of Philadelphia that the second-year player was injured. According to what the New York Post reported on Saturday following his magnetic resonance imaging (MRI) scan, he suffered a minor meniscus tear and bruise, which is a less serious injury than expected. for the Jets.

He will still have to be operated on and it is at this time that the true duration of his absence can be specified.

In 2021, in his first season in the NFL, Wilson appeared in 13 games, throwing nine touchdown passes and 11 interceptions. He has 2,334 yards through the air, completing 55.6% of his stints.

The second overall pick in the 2021 draft missed four games last season with a posterior cruciate ligament injury of the same knee.