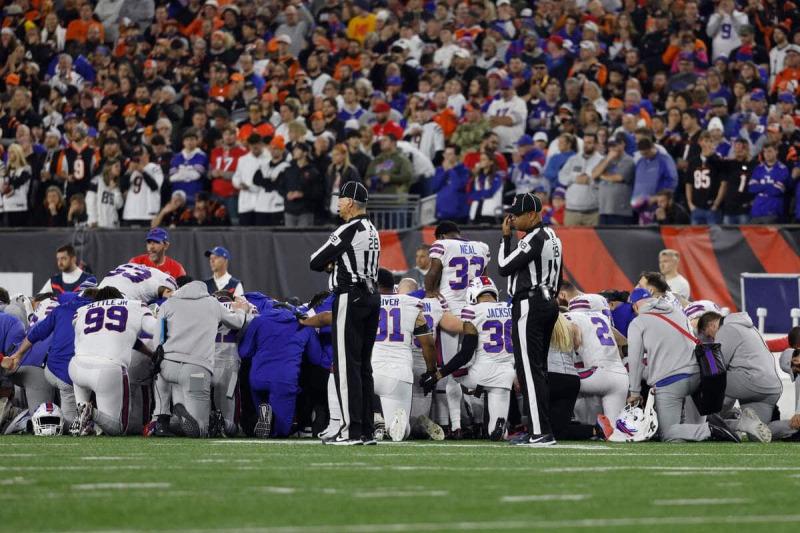 A shock received right above the heart and during the fraction of a second when its beat is most vulnerable: “everything came together” to cause the cardiac arrest suffered by the Buffalo player on Monday Damar Hamlin, according to several medical experts.

Sumeet Chugh, medical director of the Heart Rhythm Center at the Smidt Heart Institute at Cedars-Sinai in California, told AFP that this scenario is one of many possible explanations for the accident suffered by the 24-year-old player. years, playing in the NFL.

Hamlin was revived after cardiac massage on the field at Paul Brown Stadium in Cincinnati during this NFL regular season game between the Bills and the Bengals. He was then taken by ambulance to the University of Cincinnati Medical Center, where he remains hospitalized in critical condition in the intensive care unit. However, he has shown some signs of improvement in his state of health over the past few hours.

Before discussing the extremely rare phenomenon that could be the cause of Hamlin's heart attack, Mr. Chugh pointed out that in the absence of more information from the doctors, any explanation is “pure speculation”.

But based on “the obvious circumstances relating to the tackle”, Hamlin's cardiac arrest may well have resulted from a commotio cordis (shock on the heart).

“This is a fairly rare case where some kind of blunt object has to strike the chest just above the heart , in a tiny window of 30 milliseconds”, detailed Mr. Chugh. This throws the heart into “electric chaos,” and instead of beating normally 60 to 80 times per minute, it stops. This leads to ventricular fibrillation, and most of the time, sudden death.

The impact therefore had to be already quite violent — which is very often the case in American football — but above all it had to take place in the right place and at the critical moment, for the drama to take place. occur.

Eugene Chung, professor of cardiology at the University of Michigan, agrees with the scenario of a commotio cordis, although “we don't have enough information to definitively affirm that this is the cause”.

According to Mr. Chugh, this type of accident is most often caused by an ice hockey puck or a baseball, but can also be caused by a punch or elbow. “It's so rare, that I would say there are 20 to 25 cases in the United States a year,” he said.

The best-known previous case is that of 'National Hockey League player, St. Louis Blues defenseman Chris Pronger, suffered a cardiac arrest after being punched in the chest during a playoff game in 1998. The player recovered and continued to play in the NHL until 2012, earning him an induction into the Hall of Fame.

Mr. However, Chugh cannot rule out other potential causes behind the accident suffered by Damar Hamlin, such as a heart defect or a genetic disease. “Most of the time, when there is a cardiac arrest on the field, it is because the athlete has a heart problem”, which “can be detected relatively effectively”.