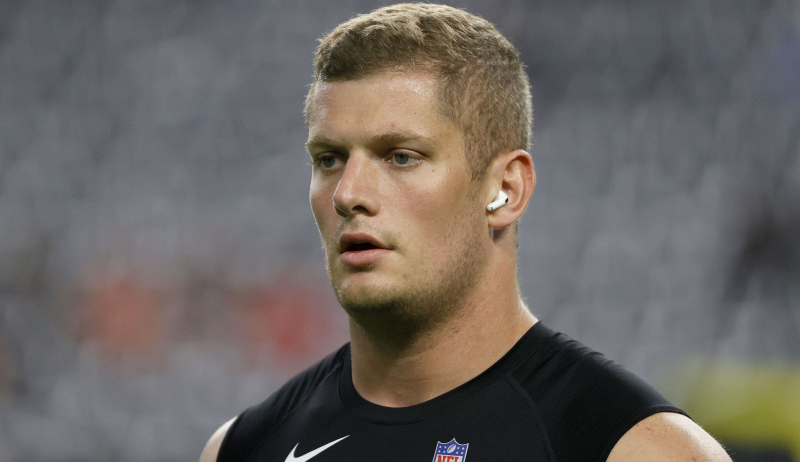 At least that's what happened. revealed the ESPN network, without revealing the financial terms.

It will therefore be a return with Florida training for the 29-year-old athlete, who had spent the 2018 and 2019 campaigns there. Nassib also spent the last two seasons with the Las Vegas Raiders.

In career, with the “Bucs”, the Raiders and the Cleveland Browns, he played 86 games, including 37 as a title. starting out, he had 22 quarterback sacks and completed 164 tackles, including 113 solo. He also caused four fumbles, in addition to recovering one, he also has an interception on his record.

However, it is not for his exploits on the field that Nassib has done the most talk about him during his career. In June 2021, the American became the first active player in NFL history to confess his homosexuality.

This public outing had earned him a great wave of love and support , he whose jersey had been the most sold on the Fanatics networks.