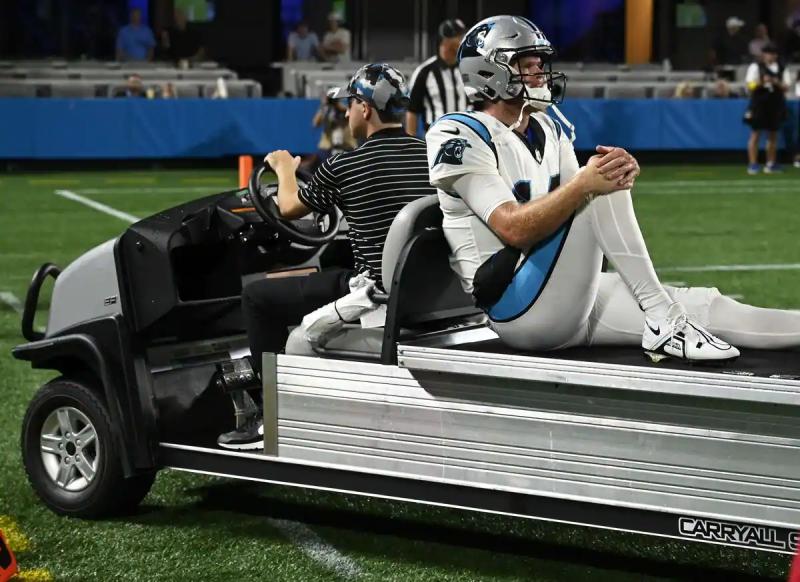 Carolina Panthers quarterback Sam Darnold will miss at least a month of action with a sprained ankle.

The center will miss more precisely between four and six weeks of activities, according to the network NFL Network. Darnold thus avoids the worst, he who had left the duel of his people against the Buffalo Bills, Friday, on a cart.

This injury should however have no impact on the way of starting the season of Panthers, since head coach Matt Rhule had already mentioned that Baker Mayfield had won his duel with Darnold for the starting position.

The former Cleveland Browns will thus have the chance to ensure his position during the first weeks of NFL activities, in the absence of his teammate. Mayfield has looked good against the Bills, completing nine of 15 stints for 89 yards and finding a receiver in the end zone twice.

Mayfield will also have additional motivation to start the 2022 campaign since the Panthers' first game, on September 11 at Bank of America Stadium, will be against his former team: the Browns.