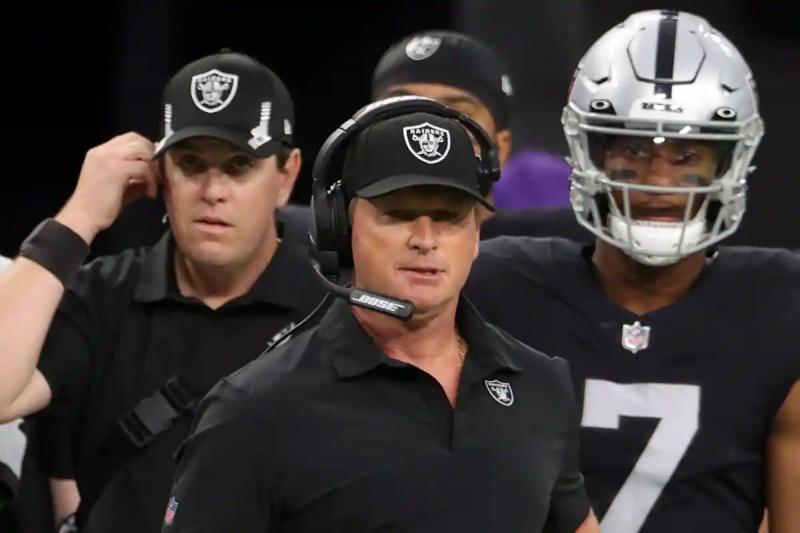 On Tuesday in Arkansas, he brought it up while speaking at the Little Rock Touchdown Club. Recall that he had resigned from his post after the daily “Wall Street Journal” revealed emails he had sent to a member of the Washington team. In these, Gruden made racist, homophobic and misogynistic remarks.

“I'm ashamed of what was in those emails and I'm not going to make excuses,” he said. It's shameful, but I'm a good person. I believe him. I go to church. I have been married for 31 years. I have three wonderful boys. I still love football. I made mistakes, but I don't think anyone here hasn't. I'm just asking for forgiveness and hopefully I'll get another chance.”

Last November, Gruden also filed a lawsuit against the NFL and Commissioner Roger Goodell, accusing them of destroying his career and reputation.

The 59-year-old accuses the defendants of specifically choosing to expose emails from Gruden, sending them to the “Wall Street Journal” and the “New York Times.” The plaintiff also states that the NFL forced the Raiders to fire him, “by letting it be known that other documents would be released if this was not the case”.

Before being forced to the out, Gruden was in the fourth year of a 10-year contract, earning him $100 million. Raiders owner Mark Davis then mentioned that an agreement had been reached between Gruden and him for the remaining years, without revealing the details.

In career as head coach in the NFL, with the Tampa Bay Raiders and Buccaneers, Gruden maintained a 122-116 record. He won Super Bowl XXXVII at the helm of the “Bucs” in January 2003.