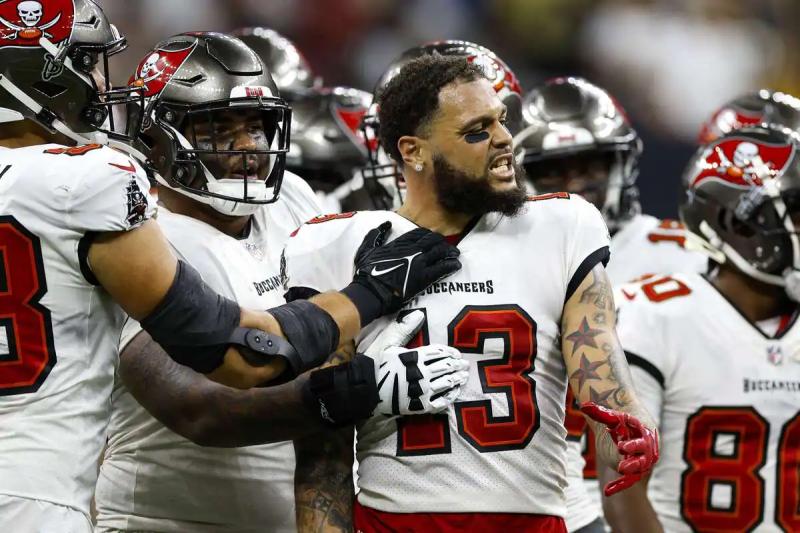 Tampa Bay Buccaneers wide receiver Mike Evans suspended for one game by the NFL for a gesture during Sunday's game against the New Orleans Saints.

That's what the circuit said on Monday.

In the fourth quarter, Evans shoved cornerback Marshon Lattimore after he had a fight with the quarterback -back Tom Brady. The receiver's gesture caused a scrum. Like his Saints counterpart, he was subsequently kicked out of the game.

“I wasn’t going to let that happen. We supported each other,” Evans said after the match, also claiming he saw Lattimore throw a punch in the direction of his pivot.

The two athletes have an adversarial relationship on the court . In 2017, Evans punched and knocked Lattimore to the ground when he was taunting one of his teammates on the sidelines of the “Bucs”.

The number 13 of the Florida team has been suspended part for his actions at the time.

“Your aggressive driving could have caused serious injury to an opponent and clearly does not reflect the high standards of sportsmanship expected of a professional,” wrote in a letter from Vice President of Football Operations Jon Runyan.

Buccaneers head coach Todd Bowles didn't seem to mind to his player after the game.

“We try to be a disciplined club, but every now and then the game gets emotional and out of control,” added Bowles. We'll make our corrections and move on.”

In two games this season, Evans has caught eight of 11 passes Brady has thrown for 132 yards and a touchdown.