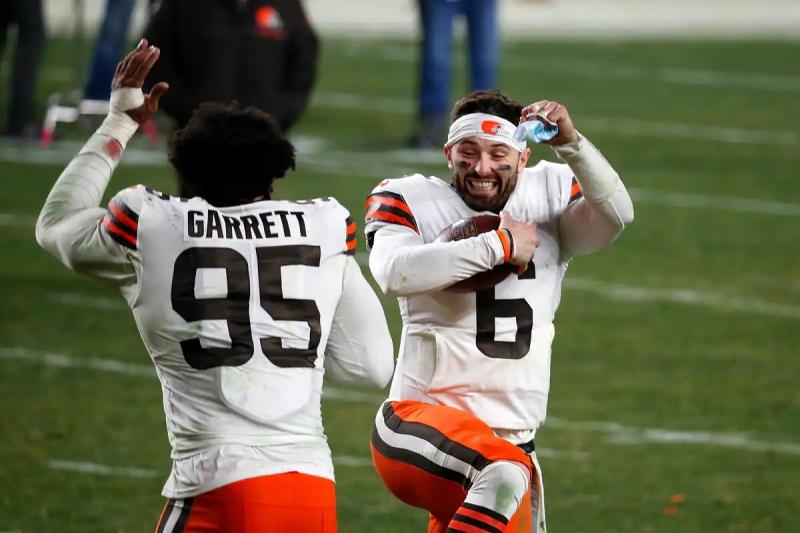 New Carolina Panthers quarterback Baker Mayfield delivered a pretty spicy message to the Cleveland Browns on Tuesday, but Myles Garrett will use it as motivation.

On the eve of the first game of the regular season, the 27-year-old pivot had declared on television that he was going to demolish his former team, in somewhat more vulgar terms. Mayfield obviously has a grudge against the Browns, who pushed him towards the exit door after signing the controversial Deshaun Watson.

Garrett, his former teammate, defended him, not being offended by the words of the former first choice in the draft.

“We know he has that kind of behavior and that attitude, for better or for worse, it works for him,” said the star defensive end in an interview Wednesday with Cleveland.com. I'm not mad at him for using that passion and grudge to play at this level. He finds success that way.”

For Garrett, Mayfield's attitude could prove to be a double-edged sword. Even if the Browns are neglected for this meeting, such comments could motivate the troops.

“It has the same effect on us. We'll take it and we'll use it, and hopefully it'll be a great game, he said. I don't hold him in the least esteem, because he goes out there and he does the same things he did with us. He's the same guy personally, and maybe we'll see a different Baker on the pitch. Who knows?

The two teams will meet on Sunday at Bank of America Stadium in Charlotte, North Carolina. The Panthers won two of their three preseason games, while the Browns only emerged victorious in the first.