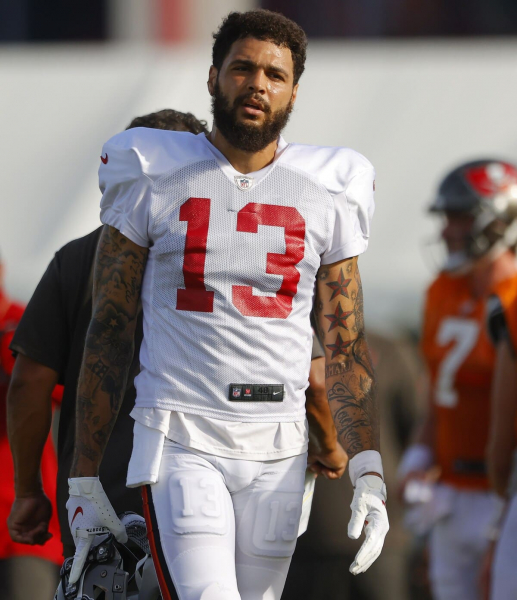 An NFL investigation has determined that its referees ultimately failed to ask for an autograph from Tampa Bay Buccaneers wide receiver Mike Evans on Sunday after the game against the Panthers in Carolina.< /strong>

“After speaking with those involved, we have confirmed that the post-game interaction between Jeff Lamberth, Tripp Sutter and Mike Evans did not involve a request for autographs from the game's referees,” the Goodell Circuit said in a statement released Tuesday.

“Lamberth and Sutter were reminded of the importance of avoiding even the appearance of impropriety when interacting with players, coaches and club staff on match day, including during the pre-match and post-match periods.”

Following of the 21-3 defeat of the “Bucs”, images showing an interaction between the referees and the star player have been around the planet NFL. The individuals can be seen chatting briefly and Evans then appears to hand over a slip of paper, having written something about the item. autographs or any type of memorabilia to players and coaches. Additionally, they may not sell or trade NFL tickets for anything greater than the face value of the tickets or sell or trade for anything of value merchandise, autographs, or league memorabilia.

Referees may, however, obtain player autographs or team merchandise for personal or charitable purposes, but must request them. through the NFL Arbitration Department.