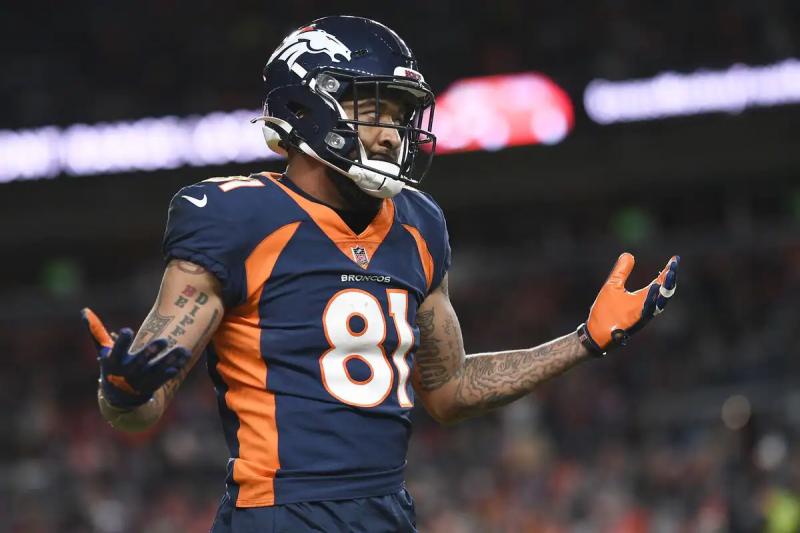 New Denver Broncos quarterback Russell Wilson won't be able to rely on wide receiver Tim Patrick in 2022 after he tore an anterior cruciate ligament on Tuesday.

Patrick will therefore need surgery and will miss the entire season, according to the NFL Network.

During training with his family, the 28-year-old athlete years jumped to catch a ball. It was when he fell to the ground that he collapsed, before being pushed away from the field with the help of a cart.

The pass receiver was promised a great 2022 campaign with Wilson as pivot. In 2021, he had caught 53 balls, for 734 yards and five majors, while catching relays from Teddy Bridgewater and Drew Lock.