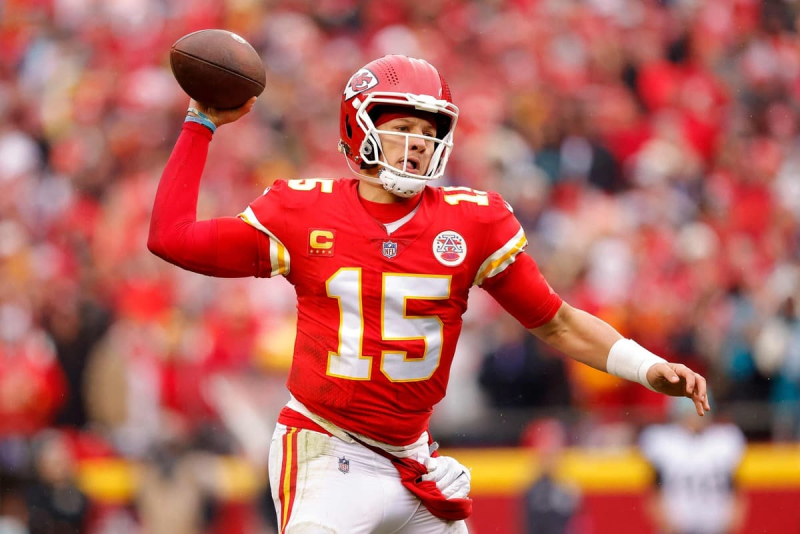 For the fifth straight year, the Chiefs find themselves in the American Conference Finals after beating the Jaguars 27-20 in a game that Patrick Mahomes was forced to play virtually on one leg.

In NFL history, only the Patriots have done more with eight straight appearances, from 2011 to 2018.

To the Chiefs' credit, but there are those victories that leave scars and cause concern. From the Chiefs' third offensive streak, their brilliant quarterback was hit by two players, one of whom fell with all his weight on his ankle.

Mahomes initially remained in the game, before head coach Andy Reid and the medical team forced him to retreat to the locker room for further examinations. Mahomes looked furious, but he can be grateful to be playing for a driver who thinks beyond the end of his nose.

Mahomes came back in the second half, clearly mortgaged by what would be a sprain severe to an ankle. The question of his state of health will be talked about a lot this week in anticipation of the final, which will be played against the Bills or the Bengals.

What's worse is that Mahomes started like a lion on the first streak of his team, which ended with a touchdown pass to Travis Kelce. He finished that streak with six completions on eight attempts, for 57 yards and a touchdown. Everything seemed to indicate that we would be entitled to another virtuoso performance.

He then completed six of his next seven passes before leaving temporarily.

It is often said in the NFL that the role of reserve quarterback is essential and Chad Henne responded to this in relief. The 13th-year veteran filled his bank with stories to tell his future grandkids one of these days by orchestrating a 98-yard push to the touchdown. It's the longest playoff offensive streak in Chiefs history. A great moment for Henne against his former team, too.

It was Kelce again who was the recipient of the pass in the end zone, for his second touchdown of the game and the first of Henne's career in the playoffs. No matter the quarterback, this Kelce is admirable! He proved again that while there are great tight ends across the NFL, not one is his equal.

After the half, Mahomes resumed his place as starter, but both his gait and his performance, inevitably affected, caused concern. The one who had completed 12 of his first 15 passes saw only seven of his next 15 passes completed. He still joined Marquez Valdes-Scantling for the touchdown that restored a 10-point lead to the Chiefs in the fourth quarter, but he was visibly inconvenienced when unchecking or even on some throw-ins to running backs.

Of note, the Chiefs scored on four streaks that took 10 or more plays. This confirms that the offensive approach is very different from the quick backfires of the past, but the results are similar and perhaps even more demoralizing for opposing defences.

The ground game, with 30 carries for gains of 144 yards, contributed to this perhaps less spectacular, but much more punitive method. The Chiefs gained just 13 more yards than the Jaguars, but led the possession time battle by 10 minutes (35 minutes to 25).

How all roads lead to Kansas City… or on neutral ground in Atlanta. To be continued!

Hats off to the Jaguars

In all of this, it is impossible not to salute the performance of the Jaguars. This team was the worst in the league the previous two seasons, with four small wins in two years. This season, with a 3-7 record after 10 games, they were still the laughing stock.

Then there was light! Trevor Lawrence, who hasn't been phenomenal against the Chiefs (24 for 39, 217 yards, one touchdown and one interception), has nevertheless found his way this season and dismissed the doubts. He is clearly the long-awaited franchise quarterback in Jacksonville.

The Jaguars have also secured a serious head coach in Doug Pederson. If there's one criticism he deserves in this game, it's that his young running back Travis Etienne, another of the team's foundations, only carried the ball 10 times (for 62 yards and a hit). Short of an injury, it's hard to justify.

So there are Lawrence and Etienne on board. Christian Kirk is not bad as a receiver and next season the talented ex-Falcons Calvin Ridley will join the group.

Who knows if the conclusion of this playoff match would not have much different, if Jamal Agnew hadn't fumbled the ball on his own like a big man at the goal gate in the fourth quarter…

Be that as it may, everything indicates that the Jaguars will come back strong.

THE STARS OF THE MATCH

The Chiefs tight end extraordinaire finished the game with 14 receptions for 98 yards and two touchdowns, earning several important third tries on the way. Kelce continues to shine when the stakes are high

The defensive front as a whole did a good job of upsetting Trevor Lawrence by hitting him seven times, including two sacks. Clark had one of those quarterback sacks, with two tackles for a loss.

A few Chiefs rookies have excelled against the Jaguars. Isiah Pacheco shined with 95 rushing yards. Trent McDuffie has four tackles in addition to knocking down a pass. It was cornerback Jaylen Watson, however, who made one of the plays of the game with a one-handed interception when the Jaguars were trying to close the gap late in the fourth quarter. He also knocked down two assists.