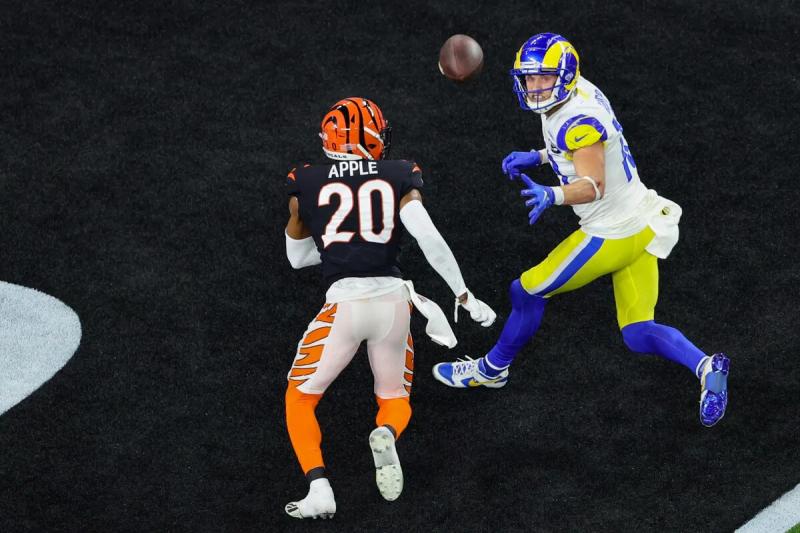 With the drafts fast approaching in the NFL football pools, the QMI Agency offers you some tips on how to win your auction. Today: pass receivers.

There are four receivers who deserve to be selected with a first-round pick or a second-round talker. This first third is made up of Cooper Kupp (Los Angeles Rams), Justin Jefferson (Minnesota Vikings), Ja'Marr Chase (Cincinnati Bengals) and Stefon Diggs (Buffalo Bills).

It is difficult, if not impossible, to say which of them will experience the best campaign. It should be noted, however, that Jefferson will not have much help from the other receivers of his club, which should make him your priority.

There is a lot of depth in wide receivers in 2022 and there are plenty of options when it comes to “B” options.

Many of the players mentioned in this section may have been picked before the fourth round. If ever they are available after this one, do not hesitate to select Mike Williams (Los Angeles Rams), Keenan Allen (Los Angeles Chargers), Michael Pittman Jr. (Indianapolis Colts), Terry McLaurin (Commanders of Washington), A.J. Brown (Philadelphia Eagles), DJ Moore (Carolina Panthers), Tee Higgins (Cincinnati Bengals) Amon-Ra St. Brown (Detroit Lions) and Courtland Sutton (Denver Broncos).

Poolers who like to take risks will be served by taking a chance on Joshua Palmer (Los Angeles Chargers), Rashod Bateman (Baltimore Ravens ) and Skyy Moore (Kansas City Chiefs).

These three receivers should play a bigger role with their respective team's offensive unit. They have also shown great things when they have been sent into the fray in the past or have distinguished themselves during training camps.

This section is reserved for those who follow the activities of the NFL sporadically. Here are receivers whose names are very well known, but which should absolutely be avoided early in your draft.

D.K. Metcalf (Seattle Seahawks) will always be a dominant athlete, but his quarterback will be Drew Luck or Geno Smith.

Previously considered a safe choice, Adam Thielen (Minnesota Vikings) continues to regress and the descent will continue in 2022.

Amari Cooper (Cleveland Brown) must deal with learning a new system of play, in addition to having to catch the relays of a substitute while waiting for Deshaun Watson is serving his 11-game suspension.