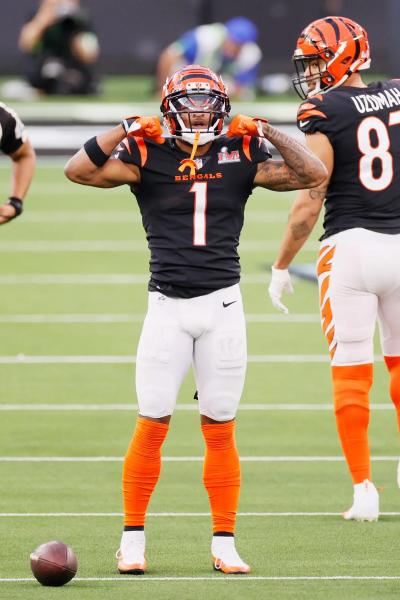 The NFL no doubt wanted to send a message to its players on Saturday, when several fines were imposed on athletes who taunted the opponent during the first week of activities.

Among the players targeted, wide receivers Stefon Diggs and Ja'Marr Chase, with the Buffalo Bills and Cincinnati Bengals respectively, were fined. Diggs will have to pay $10,609 for mocking Jalen Ramsey after scoring a touchdown, while Chase was fined two separate times, each for unsportsmanlike conduct. A photo of him has gone around the web, when he is seen giving middle fingers to Pittsburgh Steelers player Minkah Fitzpatrick. He will be deprived of just over $23,000 in total.

In addition to these two men, Seattle Seahawks safety Jamal Adams, who saw his season end after suffering an injury , also suffered. He will have to pay the same amount as Diggs. Finally, Denver Broncos linebacker Jonathon Cooper and Bills defensive back Dane Jackson will also have to pay $4,723 and $4,972, respectively, for the same reasons.

Among other noteworthy fines, he There's the one issued against Tracy Walker, of the Detroit Lions, who was expelled from his team's game against the Philadelphia Eagles after punching an opponent. He will give back $11,139. Brian Burns, for his part, received the heaviest fine, $15,914, for needlessly assaulting the quarterback.