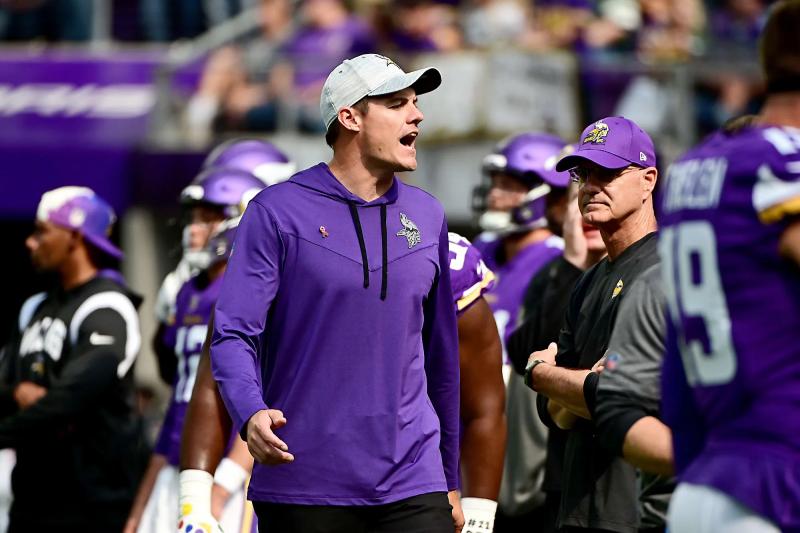 Each season brings its share of turnovers in the brotherhood of head coaches. This fall, ten new sheriffs were hired to restore order in some teams or ensure a succession plan in others. It is clear that most of them find themselves in enviable situations.

Usually, when a pilot raises the markers, it means that everything is going wrong. His successor finds himself most of the time in a position where he must skillfully wield the ax to clear the land and start from scratch.

It happened only three times, in 1978, 1997 and 2006, that 10 positions were available. Of course, we should not base ourselves on the results of a single week of the regular calendar, but the newcomers started off on the right foot with a cumulative record of 6-3-1. It just goes to show that all was not hopeless.

Already, Josh McDaniels, with the Raiders, and Todd Bowles, with the Buccaneers, had the good fortune to inherit clubs that secured their place in the playoffs the last season. There are worse things to start with!

We must add Dennis Allen, who took control of the Saints, who knocked on the door of the playoffs. The great Sean Payton bowed out (to return better next year, no doubt), which left a place of choice for Allen, with a mature team.

Teams near the goal

In Miami, Mike McDaniel finds himself at the helm of the Dolphins. Granted, they haven't made the playoffs since 2016, but in 2020 and 2021 they had winning records.

Two seasons in a row with a positive record with the Dolphins, it went back to 2002 and 2003. In short, the apprentice of Kyle Shanahan does not arrive in misery.

The situation is similar in Minnesota with the arrival of Kevin O'Connell, avid follower of offensive Jedi Sean McVay.

The Vikings were clearly not a desperate, rebuilding team. It was simply necessary to change the ambient atmosphere after eight years of rigor under the cane of the gruff Mike Zimmer. The core group is solid, and the team has everything it needs to remain competitive.

At the Broncos, Nathaniel Hackett arrives just as the organization has finally found a top quarterback in Russell Wilson . Although the first week was a monumental fiasco, there is reason to believe that Hackett has all the tools in hand to succeed.

Working on the board

Matt Eberflus (Bears) and Doug Pederson (Jaguars) may be less fortunate, but they're at least coming into a setting where they can work with high-potential quarterbacks in Justin Fields and Trevor Lawrence. Nothing is guaranteed, but these two coaches have an edge in their game.

Situations that may require more patience include Lovie Smith with the Texans, who are continuing their rebuilding, as well as Brian Daboll with the Giants, who are evaluating several players this season.

The last time that 10 head coaches took office at the same time, in 2006, the situation was much less rosy.

Of the 10 clubs concerned, none had taken part in the playoffs the previous season. Two had presented a winning record (against four this year). Seven had won five or fewer victories (compared to three this year).

In short, the 10 new sheriffs have every chance in the world of starting their reign on the right foot.

Your team started with a bitter defeat? Do not panic ! For 20 years, 59.4% of clubs that made the playoffs were 0-2 or 1-1 after two weeks. The season is still very young. Last year, nine playoff teams started the season this way, including six of the eight division champions. Better to take a deep breath than throw it all away!

Since the beginning of his young career, Dolphins quarterback Tua Tagovailoa has been the target of repeated criticism, rightly or wrongly. Interesting fact to note in his favor, however: he is 7-1 when facing coaches who have won at least one Super Bowl. Today, he faces John Harbaugh's Ravens, champions with him in 2012. His success rate (.875) is the best in history for a pivot against champion coaches.

3. THE ATTACK OF THE BILLS

The Bills pulled out the steamroller against the Rams last week and their offense is in full swing. Going back to the end of last season, the Bills haven't even needed to go for a punt in three of their last four regular season games. According to NFL Research, this would be the first time since 1939 that a team has not attempted a punt in three out of a four-game streak.

Nothing is decided yet, but the Browns are favorites to win against the Jets. If they succeed, they will find themselves with a record of 2-0 for the first time since 1993. Proof that one should not get carried away, they had nevertheless finished that season with a record of 7-9 . Conversely, in a loss to the Steelers, the Patriots would go 0-2 for the first time since 2001 when, incidentally, they won their first Super Bowl.

Tomorrow night's game between the Vikings and Eagles will feature two brilliant receivers, Justin Jefferson and AJ Brown. Jefferson (184 yards) and Brown (155 yards) lead the NFL in passing hauls. The game will be special for Jefferson. In 2020, the Eagles held the 21st pick and were in dire need of a receiver, but they went with Jalen Reagor over Jefferson, who the Vikings took next. Jefferson has claimed for 3,200 yards, a high among his peers since 2020.