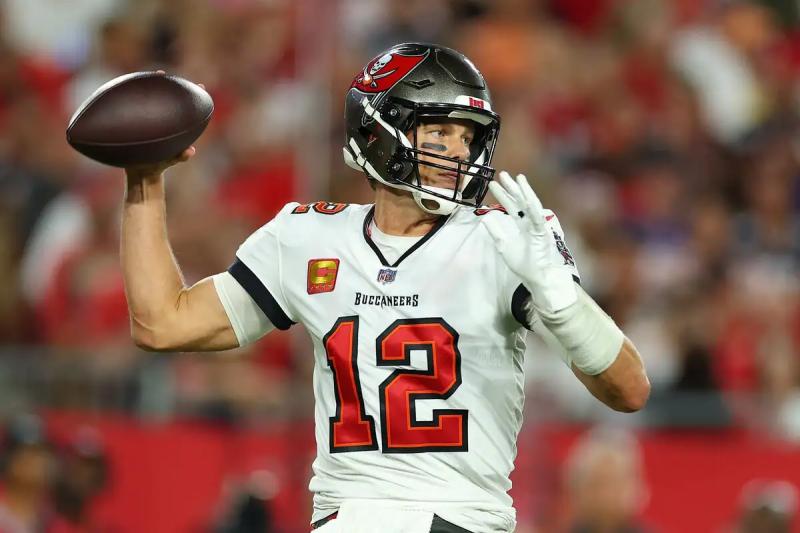 Quarterback Tom Brady seems to be preparing well for his TV analyst career by keeping tabs on NFL activity and he's not impressed with what he's seeing this season.

The Tampa Bay Buccaneers color holder who does not know a flamboyant campaign himself was asked Thursday about the remaining parity in the league. Before the duels of the fifth week of the regular calendar, about fifteen teams posted a record of 2-2, including the Florida team.

Speaking of which, the veteran got straight to the point. “I think there is bad football from what I have seen,” he said at a press briefing. I watched a lot of mediocre, low quality football. That's what I see.”

In fact, fans who attended Thursday night's duel between the Indianapolis Colts and the Denver Broncos will consider that Brady never said so true . The duel won on account of 12 to 9 by the Colts was punctuated by 12 clearances, seven placements, 25 offensive sequences stopped on a third down, four interceptions and six fumbles. However, the chorus seems to be familiar to several clubs.

“We can take a look at the videos to understand why. We make turnovers, we find ourselves behind in scoring and we don't play well on third downs. Points are not scored in the pay zone (inside the opponent's 20-yard line). It's always the same and these are aspects to work on,” explained number 12 about the troubles of the “Bucs”.

Nevertheless, parity has its positive sides, according to the star player who will begin his career on the court after a 10-year, $375 million contract with FOX. It is certain that having a significant number of teams in the playoff race will increase the visibility of the NFL.

“That's why everyone watches football every week. You never know what you'll get.”

Tampa Bay will try to snap a two-game losing streak when they take on the Atlanta Falcons on Sunday.