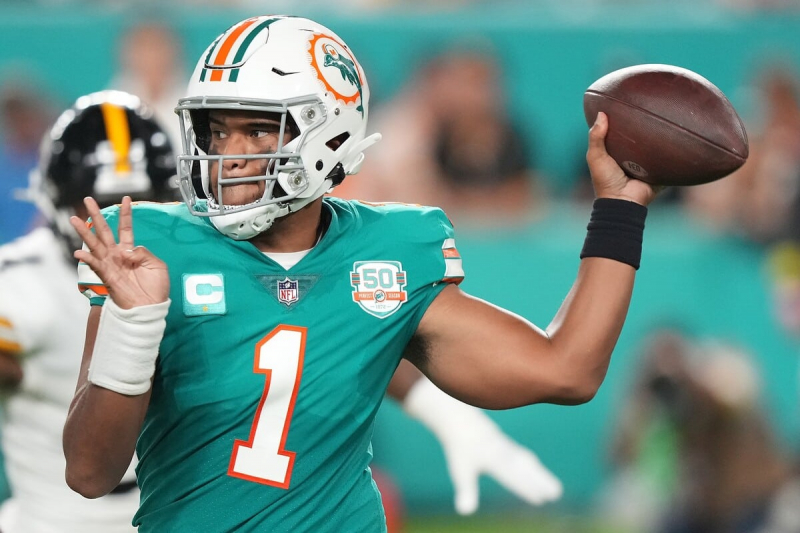 In his first game since his terrifying concussion, quarterback Tua Tagovailoa led the Miami Dolphins to a 16-10 win over the Pittsburgh Steelers on Sunday night at Hard Rock Stadium.

The 24-year-old had missed his team's last two outings after being forced out of the September 29 game on a stretcher. Tagovailoa had suffered a head injury and images of him with clenched hands had gone around the world.

The NFL had also been the target of criticism following this incident, as the pivot suffered an injury in the previous clash (September 25) and remained in the game after staggering following contact. The Dolphins, however, said their footballer did not suffer a head injury at the time.

In today's duel, Tagovailoa appeared to be in fine form. He completed 21 of 35 stints he attempted for 261 yards and a touchdown. The rest of the Dolphins' points (4-3) came through the leg of kicker Jason Sanders.

For the Steelers (2-5), freshman quarterback Kenny Pickett had 32 of his 44 passes for 257 yards and a major. He was also the victim of two thefts, including one in the final seconds of the game and at the gate of the end zone.

It should also be noted that the Pittsburgh defensive players missed four golden chances to make an interception during this confrontation.